It’s Women’s History Month! Heyyyy, you guys, we have a month! Sometimes women write plays (WHAT?) and this is as good a time as any to pick one up and give it a good read. Here are some I have read, and some I’m gonna read:

Mary Roberts Rinehart created this character called The Bat, who goes around…ya know, dressed as a bat — KILLING PEOPLE. Bob Kane later said that this character/story was an influence in the creation of Batman. Yeah, Batman has some roots in Broadway. And good old Christie-esque murder mystery melodramas. MRR is sometimes called the American Agatha Christie, even though MRR was already at it when Christie came on the scene. (I want to watch that smack down. Oh shit, I think I just had an idea for a play. Or a really specific pro-wrestling storyline.) Her first published works came out in 1906, and The Bat debuted in 1920. I just picked this one up and haven’t read it yet, but I have it next to me right now to absorb while sipping tea in a cardigan. Murder can be so quaint.

WATER BY THE SPOONFUL
by Quiara Alegría Hudes

I’m about to order this. So, look, ANOTHER thing I’m saying you should read that I haven’t read. Really, this list partially exists as a “I need to be better about reading stuff, too.” So I’m just putting my money where my mouth is on this one. Water By The Spoonful walked away with the Pulitzer Prize for Drama in 2012. pulitzer.org says of the play: “…an imaginative play about the search for meaning by a returning Iraq War veteran working in a sandwich shop in his hometown of Philadelphia.” (Thanks, Wikipedia!) Hudes herself grew up in Philadelphia. Her name may be familiar to you if you’re into musicals, because she wrote the book for In The Heights.

This is a bizarre play, I’ll start with that. Reading it, you get the sense that Powell was dealing with some shit here. She wrote a fair amount of satirical novels, plays, and short stories skewering much about America during her lifetime, but Women at Four O’Clock feels different. It was written somewhere in the late 1920s. It’s got some of her edge, certainly, but there’s an intense fragility to the main character, who seems to be losing her grip on reality. It’s an experimental work, to be sure. There’s a particularly dreamy sequence on a bus (or a train…I can’t remember now) that I found rather unsettling. The play has never been produced (apart from some festival of her work a few years back, but I can’t seem to figure out if that was an actual production or a staged reading), and I would love to make it happen someday. I really respect her writing, and the vulnerability she was able to imbue this character with on the page. It’s dark, poetic, sad and fascinating. Which is all the more interesting to me because she was a quick-witted, funny writer —and then this thing emerged. (It seems the only way to get this play is in a book called Four Plays By Dawn Powell, which you can find in some libraries and on Amazon!)

THE SIGN IN SIDNEY BRUSTEIN’S WINDOW
by Lorraine Hansberry

Probably best known as “That other play by Lorraine Hansberry. You know, not A Raisin In The Sun?” By most accounts, it seems to delve into important, hot topics of the time — the early 1960s — but maybe doesn’t wrap them all up together perfectly. But to be honest, I don’t always need that to happen. And I’m really interested to see how this one plays out. It’s on its way to my apartment now. Hansberry died in 1965 at the young age of 34. Who knows what other important issues she could have brought further into the light if she hadn’t been taken so early by pancreatic cancer? It’s certainly worth it to take a look at this other “lesser” work. I mean, to be lesser to A Raisin In The Sun is like…I mean, come on. IT’S A RAISIN IN THE SUN. One sentence description of the plot: “The play is a story about a man named Sidney, his pitfalls within his personal life, and struggles in Bohemian culture.”

THE FLICK
by Annie Baker

I just ordered this one. I haven’t read it yet but I’m excited about it. It’s probably one of the more well-known titles listed here, because it won the 2014 Pulitzer Prize for Drama and the Obie Award for Playwriting. Pretty high praise, yeah? It’s set in a rundown movie theater and is about three movie ushers. It’s somehow both a small and a big play, in that it has a tiny cast but a running time of three hours. That’s pretty ballsy. I don’t know a lot of playwrights who would venture to write a three hour, three person play. It rather notoriously received complaints from theater patrons who were upset with the length of the play, which Annie then did not change at all because FUCK ‘EM, and it seems she was right based on all the awards.

THE WOMEN
by Clare Boothe Luce

Okay, I HAD TO. The Women gets a bad rap. Usually when that happens I wave my hands around and yell “YOU JUST DON’T GET IT!” because I have loved it for an awfully long time. It’s freakin’ satire. It’s Luce coming directly at the types of people she saw around her, and strongly detested. It’s an attack of emerging American women’s cultural ideals of the time. The pursuit of this perfect, Manhattan-ish existence — finding a husband who can take care of you so that every single thing you worry about is a trifling piece of bullshit. Real problems aren’t problems for you anymore because someone is paying for the food and lodging, so now you can pick fights with your friends and gossip about whose husband is cheating on whom with the woman at the perfume counter. I don’t know what other people think when they read it, watch it live, or see the movie, but I think it is 1) Hilarious and 2) Sometimes painfully true. I’ve heard the argument that the work itself doesn’t seem very pro-women. Yeah. I know. Ya know why? Because woman can be shitheels too. They can be awful and petty and obnoxious and cruel. And if I can’t laugh at those kinds of people, I’ll cry.

*Note: I prefer the original version of The Women. There’s an updated one from the 60s or something, with newer references and stuff, but the 1934 version is the one I like best. It’s a little harder to find but you can definitely get it in those old anthologies of plays at the library.

Allison Page is a writer/actor/director in the bay area. You can see her new play HILARITY, produced by DIVAfest at the EXIT Theatre, playing now through March 28th – where you can also buy a copy of the script and read it! 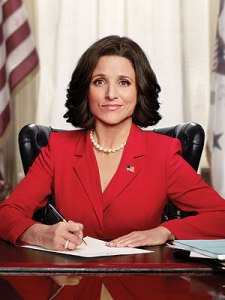