So, it’s been a while since I’ve written more of an editorial for San Francisco Theater Pub instead of conducting an interview with a local theater maker, but I thought I’d write down a couple words this week because I’ve been thinking.

I have been extremely fortunate to have been able to connect with other people making theater, help them out, get them to read my stuff and give me their feedback, submit to stuff, have people I don’t know give me recognition, have my writing bolstered by being a part of development groups. Not everyone gets these chances. And I feel very lucky that they’ve come my way.

At the same time, I’m writing my plays and as much as I can I go see theater and be a part of my community (though it’s not been nearly as much as when I was younger since I had less that I was responsible for then). And then something happened. I stopped doing that as much as I was.

When you look at how we put on plays, you usually have three choices:

1) do it yourself – self-produce
2) make friends with people who can put on your play, like a theater company
3) send it into the ether and hope that your writing holds weight against anyone else out there doing the same

(We haven’t even gotten into the question of how to get people who are not your family or friends to see your plays or pay attention to you in anyway.)

So, these things are hard, which is not a reason not to do them, but something about this process felt icky and off. I felt overly attached to the idea that someone else knew more about what I should create, why I should create it, and whether it was any good. Everyone needs feedback – you can’t live in a vacuum. BUT.

I was thinking to myself at some point this year – why do I do this? It’s extremely painful. There are so many other things I could do with that time that may be more enjoyable and relaxing. Maybe even more rewarding. Why do I keep coming back to this? And the simplest answer that I could come up with is that I do it because I have to do it.

I don’t have a deeper answer than that. I wish I did. Because then I could keep reminding myself of that when it gets hard, when I feel like my writing sucks, that I suck, and that it will probably always be that way. It’d make it so much easier. Maybe this is why I can’t be motivated by money or even pushing to a greater good – though I do think my role in that realm is partly enacted through writing.

Anyway, I was trying to break that cycle so I figured, well hey, if I can do a little tai chi every day and get after what I want, then I should just shut up already and figure out a way to do it with writing.

I had this blog that I wasn’t using. Guys, it was the equivalent of a rundown old warehouse that had bug problems or something. Totally useable space that needed some work.

At first, the idea was, “Oh, I’ll just share these short plays and snippets of scenes I write”. But it gradually morphed into a space and time where I could very casually explore creativity through writing without boundaries or rules. I made a goal – write and post something on there every day – so it’s been mostly poems and short stories (WHICH I NEVER WRITE) and then most recently, a little scene popped out the other day.

The whole shift towards devoting time to this space was to take the power to create back in my own hands. To say, hey, I don’t need anyone to give me a grant for this, welcome me into a development program, say I’m a good writer, buy a ticket to see a play of mine, or pay attention to me in any way at all – and I can STILL write good shit every so often. Honestly, I personally find something of value in everything I put down in words. Some resonate with me more than others, but everything has helped.

A strange thing happened – a small group of people started paying attention to me. No really, like 10 people. But, even though it’s a small group – I don’t know any of them personally. Not a one. All of them live all over the world. Occasionally I get a comment that I restored their faith in online poetry or something – which real Barbara is like, “wtf, me? Really? Are you sure? Cuz I’m just winging it and going with the flow…” And online Barbara is like, “omg thank you for reading!”

My point is that in being able to remove my attachment to any sort of outcome with where my writing should go or what it should do or whether it should make me money or open up any doors, it is in some small way giving people a little joy or inspiration in their day and for me, it’s opened up a huge door of possibility. I’d never fully considered/believed before that I could write a book, or even in theater – that I could get that fellowship or teaching appointment or have my play produced and developed by X, and now, I’m like, “Oh, well, I would just need to set it up as a goal and start training.”

I want to share this because so often as artists we are told no or that we’re missing the mark or that we’re confusing and people aren’t going to get it or that we’re not going to make any money and survive by our art alone. And I just want to say, I think that’s all bullshit and that if you burn with a desire to write, then just write stuff and fuck everyone else who will give you a prize or a pat on the back. They’re cool too sometimes, but it starts – it ALWAYS starts – with what you love. Do that and then if you have a goal you can chip away in some small way every day.

And for the people out there that have keys to doors we don’t have – remember why it is that you do what you do. You have the power to open up opportunities for lots of people who are very passionate about what they do. All it takes is a second to listen and a little patience as someone reveals what they are capable of. Know that they have to reveal it to themselves before they can reveal it to anyone else. 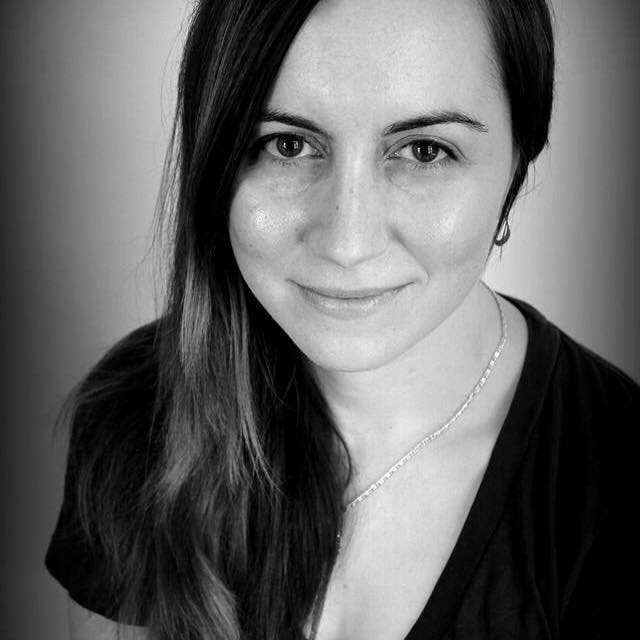 Barbara Jwanouskos is a local writer. She has a blog called the Dynamics of Groove, which if you go to, know that the bio is still under construction. She is co-writing a play about the Greek god, Thanatos (think the Grim Reaper only less scary) with her friend and fellow writer, Julie Jigour. It will be presented through the San Francisco Olympians Festival on October 15, 2016 at EXIT Theatre. For more information, click here.