Ashley Cowan balances hugs and cuddles with blades and waves.

I’ve never been much of a pot stirrer. I’m either seasoning that pot into a delicious savory dish or I’m burning my mouth to devour what’s inside it because I’m starving. But making a point to cause a heated commotion? Eh, it’s not exactly my thing.

Growing up, I always valued kindness above everything else. I believed that nice guys finished last only because the best things are saved for the end. Even now, I’m the kind of person who can’t sleep because I’m worried I forgot send someone a happy birthday greeting on Facebook.

But I realize “being nice” isn’t exactly an ideal trait to possess in a creative circle known to praise voices who are outspoken, artistic, and bold. And often I find that because I’m not speaking out of anger, my voice tends to go unheard. 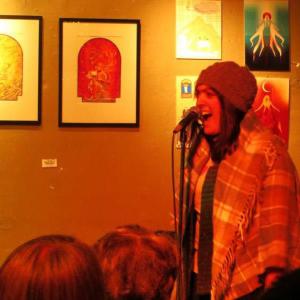 Except in RENT, where I got a microphone.

Maybe my blog and my general lifestyle don’t scream in raging profanities. Sure, I watch a whole lot of terrible reality television and endless videos of adorable animals doing adorable things. But that doesn’t mean I’m not a valuable member of this community too. And it doesn’t mean my voice deserves to be talked over just because someone else is speaking louder.

It’s been an unfortunate understanding to realize that often people assume because I’m nice, I’m also stupid. Not like a moron, just sweetly stupid and naive. Ignorance is bliss, you know what I mean? And sometimes that sucks for me. Just because I’m kind it doesn’t mean that I care any less about making this community stronger and better than what it is right now. Yes, I’m aware it’s far from perfect, but I often chose to view it with optimism instead of getting drunk and yelling about it. I want to thoughtfully problem solve. I want to be a part of the conversation. I want to make positive changes.

Plus, why do I have to be angry all the time to make this a better theater scene? If we’re aiming to have more honest conversations, why does honesty need to equate anger? I appreciate those of you who get fired up and burn to encourage change, I do. But if we all go around starting fires everywhere we step, pretty soon every theater will be made of ash and we won’t have a place to play. 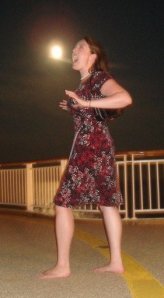 See those fences? They guard the ashes.

And, I want to work again! Preferably here. If I trash talk everything, who is going to want to work with me? Besides, the real truth is, I’m not exactly in a position where I can get away with always speaking truthfully about every poor production I’ve been a part of or every performance I haven’t really cared for, especially in such a public forum. I’ve learned when to hold my tongue and when to inquire its service in helping me to address a concern.

But to all those pot stirrers out there looking to pick a fight, I just ask that you think about what you’re fighting for. Does every conversation we have about the current status of Bay Area theater need to end in an online and/or offline shouting match in order to make a statement? I’m fighting but my war tactics differ. And I’m going to keep on my kindness train because it’s what I do. In any case, I’d like to think we’re still all on the same side and I hope this is a fight we can win together. 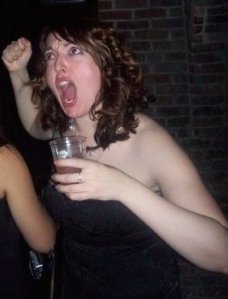 Ashley can cheer too.