The Pint-Sized Plays begin their 2nd week of performances tonight! We continue our series of interviews with the folks behind the 2016 Pint-Sized Plays by speaking to writer Alan Coyne and director Juliana Lustenader of “Bar Spies”!

“Bar Spies” is a spy-fiction pastiche, full of false identities, double-crossings, and heightened tension. Actors Courtney Merrell and Andrew Chung show off an impressive array of accents and some slick trench-coated style as the two spies.

Playwright Alan Coyne has a sense of humor.

How did you get involved with Pint-Sized, or, if you’re returning to the festival, why did you come back?

Alan: I wrote a piece for Pint-Sized last year (“Relativity”), and this year I figured I’d have another go. I can’t write without a deadline, and this festival gives you that plus a setting, so it’s exactly what I need to write something.

Juliana: I first got involved with Pint-Sized last year as the writer of “To Be Blue,” directed by the wonderful Neil Higgins and featuring the hilarious duo of Eden Neuendorf and Tony Cirimele. The show was such a success last year, I knew I wanted to come back. I’m super excited to return as a director this time!

Alan: For me, the hardest thing about writing a short play (or anything) is getting started. And after that, it’s translating the amazing idea in your head into the least-clunky language possible.

Alan: Knowing that everything in it has to matter. That helps focus me on what I actually need to put in, and what I can do without.

Juliana: The most exciting moment for me so far this year was watching my actors read the script for the first time out loud while Alan and I watched. I couldn’t stop smiling as Courtney and Andrew took these two silly characters and brought them to life so easily despite the ridiculous accents we are making them do.

Juliana: Scheduling! But that’s what I get for wanting to work with such talented folks. 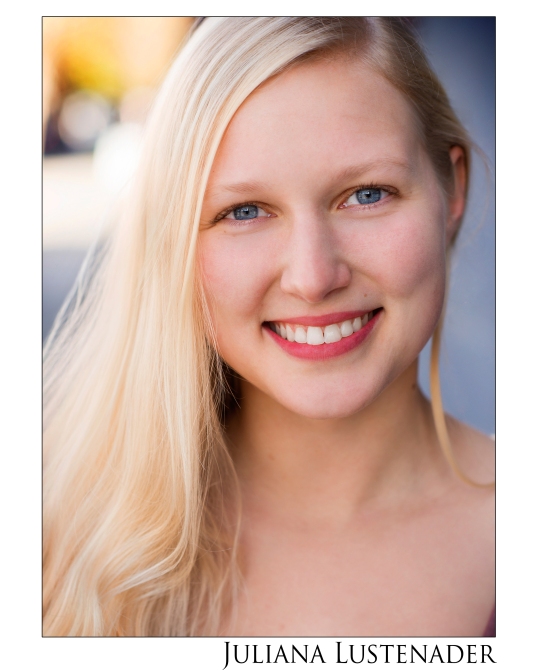 What are your biggest artistic influences?

Alan: P.G. Wodehouse and Douglas Adams. They are who I would want to write like, if I could. For this particular play, it’s John Le Carre, who wrote Tinker, Tailor, Soldier, Spy; “Bar Spies” is very much a parody of that genre, and he, for me, is the best spy writer. And I owe a little something to Tom Stoppard’s Hapgood, which is also a spy parody play. And Chess, which is the musical I’m rehearsing for at the moment, and is set during the Cold War.

Juliana: Sean Connery, because he is the best spy with the best accent.

Alan: Alec Guinness, who played the main character in the BBC adaptation of Tinker, Tailor, Soldier, Spy, and did so definitively. Luckily for me, Courtney Merrell pretty much is Alec Guinness, so that worked out.

Juliana: Brian Martin is the first to come to mind, though we did do a scene study project in college together. Still, I think it would be a treat to work with him in a more professional setting.

Alan: My next writing project is for the San Francisco Olympians Festival, it’s called Hypnos, and it’s an excerpt from Shakespeare’s lost play, Cardenio. It’ll be performed Saturday, October 15. And my next acting projects are the aforementioned Chess for Custom Made (September/October), in which I play The Arbiter, followed by Feste in Twelfth Night at the Metropolitan Club on Saturday, November 5, which Juliana is also directing.

Juliana: Up next, I’m directing Twelfth Night as part of Shakespeare at the Club. I’m also performing in Chess at Custom Made Theatre Company and Avenue Q at New Conservatory Theatre.

Juliana: The Fringe Festival at the Exit Theatre.

Alan: The Olympians Festival is always wonderful, everyone should check that out at the EXIT this October. I had the opportunity to participate in Musical Cafe this year, and they’re doing another showcase in November, I highly recommend keeping an eye out for that. And PianoFight always has something good going on, especially shows which feature Andrew Chung.

Alan: For this show, I recommend drinking a pint of (Alec) Guinness.

“Bar Spies” and the other Pint-Sized Plays have 3 performances remaining: August 22, 23, and 29 at PianoFight!