I just got back from a week in Hollywood at the TCM Classic Film Festival. For those of you who don’t know what that means, it’s three and a half days of (mostly) old movies shown by the good people at Turner Classic Movies. From 9:00 in the morning until 1:00 or 2:00 the next morning, literally tens of thousands of people congregate in movie theatres on Hollywood Boulevard and fill them to see classic films on the big screen. (You wouldn’t believe how exhausting it is to do that, but that’s another story.)

Anyway, the reason I bring it up is that in a Facebook group for people who go to the Festival (and is there anything there isn’t a Facebook group for?), someone mentioned that his 82-year-old father couldn’t understand why people came from all over the world to watch movies they could just watch on TV, or if they did it at all, why it wasn’t free, since everything is so old (and, parenthetically, I’ll add that the movies ranged in vintage from 1902 to 1996, so there was really something for everyone).

Why do those thousands turn out and pay an arm and a leg to watch something they could watch for free on their televisions or phones or tablets or computers? It’s not like Cary Grant is suddenly going to do something different in The Philadelphia Story after 75 years. There’s comfort in that. In a sense, it’s like spending time with old friends, even if you know exactly what those friends will say and do every single time. (And this is not to say that every movie is familiar. Of the 18 movies I saw, I’d never seen 10 of them before – and hadn’t even heard of a couple of them. 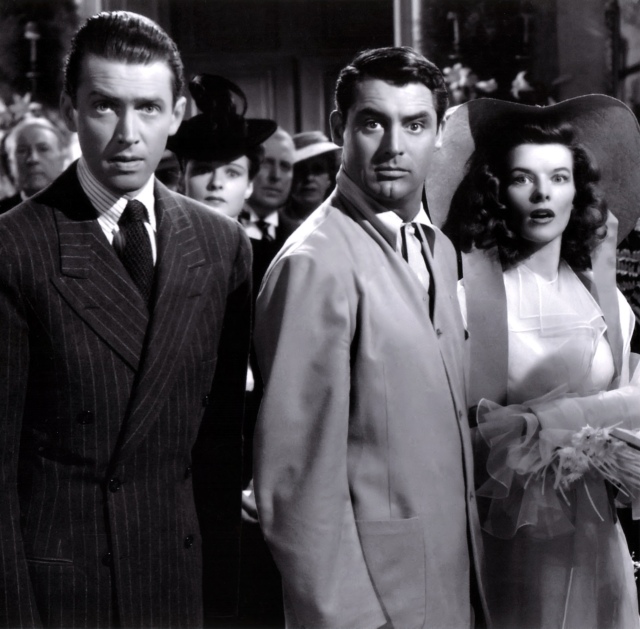 In the Facebook group I mentioned, there was a great deal of complaining when the schedule was announced. “Too many new movies!” was the cry. Not enough “classic” films! (Whatever “classic” means; to most, it can’t include anything that was made or done while you were aware of it.) It seemed like these people didn’t want anything in color – or even with sound. 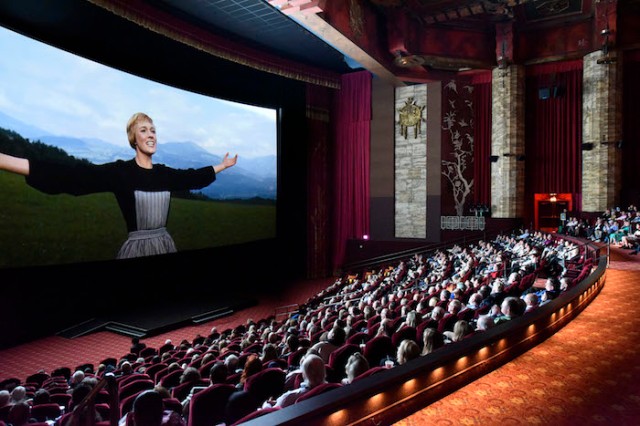 When you can get more than 900 people to show up for “The Sound of Music,” you’re doing something right.

Regardless of the reaction to the age of the films, the biggest takeaway for me is that people, under this circumstance, want something comfortable and familiar. We know the rules of movies made under the studio system and prefer not to be surprised. (I think this is the same reason we see so many remakes and franchises in Hollywood. People want to see just what they’ve seen before, just slightly different this time.)
As much as I enjoy old movies in general, and the TCM Festival in particular, I have the opposite reaction to live theatre. It’s understandable, though. Even if you could give the same director the same script, the same actors, and the same set, it would be different, even from night after night. And even if it were somehow possible to offer the exact same experience, why in the world would you want to do it?

Part of the excitement of being in the theatre is not just doing new scripts but also new productions of old scripts with different people. I’ve just started rehearsals for a new show, and have never worked with any of the other actors before. Given the caliber of the talent, I’m going to have to step up my game, though, and that’s as exciting as it is daunting.

Not to make this LA-centric, but, as I mentioned last time, in Los Angeles, Equity members are currently voting on whether to change the current 99-seat waiver plan. (In short, theatres with 99 seats or fewer can get waivers from the union to allow Equity actors to work in them at pay rates that are lower than standard – usually unpaid for rehearsal and anywhere from $7 to $25 per performance. You know; what we get here.) Equity, understandably, wants to get rid of the waiver and ensure that all union actors make at least scale. 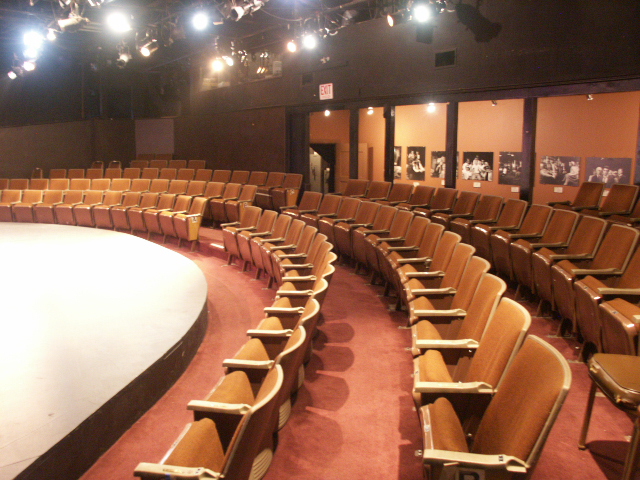 The Matrix on Melrose. Your basic waiver theatre.

As I also mentioned last time, I’m in favor of keeping the basics of the plan; in the thirty years the plan’s been in place, scores of companies have sprung up, doing all kinds of interesting work, with casts that can be huge – which is something that would be financially impossible if everyone were making even minimum wage, unless ticket prices went sky high, and, realistically, no one is going to pay that much. (We all love theatre, but it is can be pretty damn expensive to see it.) Even at the currently reasonable prices, it’s tough for theatres to always draw enough ticket-buyers to stay comfortably afloat.

And yet, the TCM Festival charges crazy amounts of money and turns people away from screenings.

What am I saying here? That theatres should jack up their prices unreasonably in order to become more financially stable and generously compensate actors for their work? That TCM should lower its prices? (Well, yes to that latter, but that’s not my point …)

No, I’m saying that the Festival is able to charge that much because they offer their patrons something different and unique and exciting. Something they can’t get anywhere else. Something that will have people coming from Australia and Sweden to see it. And that’s a lesson I think we all could learn. That while it seems that people want the familiar and the routine and what they’ve seen before, I think what they want is just the opposite: the chance to have a once-in-a-lifetime experience (and, as I said, every performance is completely different from every other) that is exciting, entertaining, and enlightening. Something that will make them delighted to pay for dinner and a sitter and parking next time.

Take my recently-closed production of The Imaginary Invalid, for example. I’m not saying it was a great show; I’m not saying it was even a good show (though it was both). What I am saying is that my cast knocked themselves out every performance, getting on a freight train and doing whatever it took to make the material work and entertain their audience. Our first few performances were sparsely attended, and nothing kills comedy like small houses. But, somehow, word of mouth spread and we were packed the last few weeks.

It doesn’t matter if it’s something original or a war horse or a revival of something no one but you has ever heard of. If you’re doing it with passion and panache – and if you’re not, what the hell’s the point, really? – if you build it, they’ll come. Good work will find an audience. Even if you’re charging thousands of dollars for a ticket. (As the old joke has it, “I only need to sell one …”)