…and scratching it makes it worse. 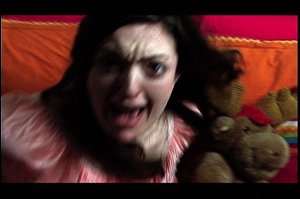 Ashley Cowan brings you this blog.

Casting is the worst. Yes, I know I have tendency to say a lot of stuff is the worst but sometimes, putting a cast together can be tricky. If you’ve been in the Bay Area theater scene for more than a minute, I’m sure you have a story of some casting nightmare. Either as an actor, director, writer, producer, WHATEVER, we’ve all been there at some point.

Yet even as I sit down to put this blog together, my heart starts to race and I get itchy. (I have a bad habit of breaking out into hives when I’m uncomfortable or nervous. Sexy, right?) Because I don’t want to go publicly airing all my theatrical horror stories out and about! This is a small community and I want to be able to work again!

It never seems like the right time to be honest with these types of experiences. They’re better saved for tipsy parties and whispered secrets in the back. Or passive aggressive blog entries and tears in dream journals. But when we can’t openly talk about these things as they’re unfolding, how do they have any chance to improve?

I’m sorry, guys. I think we can do better! This can be a brutal business and I think there’s some room for improvement. In my experience, too often across a range of theatre companies, I’ve found an unfortunate lack of communication throughout a production’s development. Maybe it’s just one too many callbacks because the “right” people weren’t there during an earlier audition or perhaps it’s hearing that the producer loves you but the director wanted to go for someone with a different look. Sometimes casting can really put the “itch” in bitch (am I right?!). And even once your group is set and you high five those involved, the production process and run can be a whole different beast.

Okay. Calm down, Ashley. No one wants to work with a Debbie Downer (waaaaahh waaaahhh). You have to understand that I come from a place of love. If I didn’t want to be here, I wouldn’t be. I love being involved in as many capacities as possible. I’ve been fortunate enough to wear a few different hats during my time in this community. And I love hats. But each one certainly comes with its own set of challenges.

I’ve directed pieces and made strong casting choices that the writer did not envision. I’ve written work and seen it played by characters I didn’t expect. As an actor, I’ve watched writers undermine a director’s creative power by interjecting themselves deep into the rehearsal process. I’ve observed directors ignore a playwright’s opinion in lieu of their own. And I’ve struggled to honor the true intent of the play without the right guidance. Sometimes it worked and sometimes it didn’t.

One thing about San Francisco these days is that there’s lots of new stuff being done. Which means, often, the writer is very much a part of the production process. And while I haven’t had a ton of plays produced here, I still tend to have a hard time letting the grasp around my words go and allowing someone else to come in and direct them. Often, when I’m writing, I’m envisioning very specific details that don’t always come across in my stage directions or character descriptions. So when a director and I don’t see eye to eye on who should play a role, it opens up an interesting discussion. Who should get the final say? At what point does a writer have to step back and allow their story to come to life through the collaboration of others? Who ultimately takes ownership for the words once they’ve been sent out into the world? 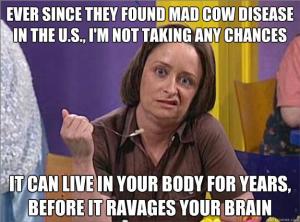 Like anything else, I suppose it’s a delicate balance. We all (hopefully) want what’s best for the show. Our communication could be stronger. We need to be able to talk about these weaknesses and struggles for the sake of the art. Roles need to be defined and agreed upon. Writers need to trust their words and their directors, actors need to be confident to take risks and strong enough to stick to the text, and producers need to encourage these types of instincts and conversations.

When I’m not being Debbie Downer, I’ve been pleasantly surprised by words gaining new input and vision. I’ve witnessed the positive effects of a strong collaboration matched by earnest communication. And I like being a part of something with purpose. While casting and putting a show on its feet may never be the easiest thing in the world, we can each strive to be more aware of our place and how we can best move forward together. Now, if you’ll excuse me, I need to find some Calamine lotion.