I caught up with Rob Ready, the Artistic Director of PianoFight, this week to talk about ShortLived, the short play festival that includes 36 pieces by “indy artists of all stripes”.

The competition brings a $5,000 cash prize on the line as competitors duke it out over six regular season rounds and then one championship road. Each round lasts a week and has four performances. The short plays are scored by audience members and the highest scoring piece of each round clinches a spot in the championship round. We’re currently in week five of ShortLived with the championship round right around the corner. The winner will receive a full-length production in addition to the $5,000 cash prize.

Rob gave me background on ShortLived, how it compares to other new play development programs out there, and some of his favorite moments.

Barbara: What’s your background in theater?

Rob: Performing since I was a kid, school and community theater growing up, BFA from NYU Tisch and artistic directoring PianoFight ever since. I had gigs at ODC in marketing and Z Space in biz dev and producing random shows. Oh and I play a drunk Llama every year for Theater Pub. And THAT’S IT.

Barbara: How did ShortLived come about?

Rob: We were coming to the end of our first year running Studio 250 at Off-Market (our old venue), and were talking to Point Break Live about renting three months. We were stoked because it was our first year and we ran a ton of shows and after nine months we were tired. But then they took a tour of the space, said, “This won’t work.” And they bailed. So we had to come up with something that could fill three months and that we actually wanted to do. So we came up with ShortLived, a show that changed each week, and that audiences had a hand in deciding, and where the prize was legit – a full-length production the following year. It’s definitely a slog, but the experience of putting on new plays every week for three months is one that has shaped me as a performer and producer. 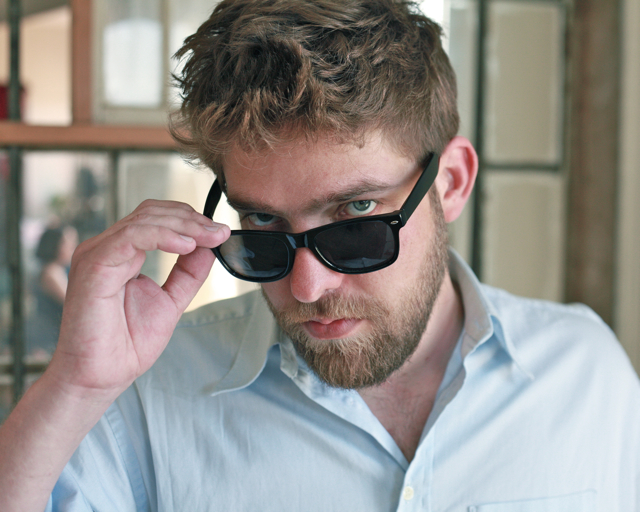 Barbara: What is the thing you like most about ShortLived and how have audiences reacted?

Rob: The instant community. You bring together a ton of very different artists, and they compete creatively – basically you don’t get any phoned in performances, because there are only four shows per round and there’s money and resources and bragging rights on the line. Watching your peers work to actively be better every night is a cool thing to see. When everybody else is pushing to be better, you push to be better, and there’s an interesting bond that comes from that.

On the audience side too, the act of scoring elicits real opinions and discussion from audience members who have a natural instinct to compare notes during and after the show. Because folks are directly asked to evaluate pieces critically, the chatter after shows tends to be pretty high level, so strangers who happened to sit next to each other in the show will end up having beers at a table after discussing why they scored one piece higher than another. Again, it’s another cool thing to see.

Barbara: How does it compare to other new play development opportunities/venues? What does it offer that others don’t?

Rob: I’m sure there are other festivals that do similar things to ShortLived, but seems like the main differences are that ShortLived:

Barbara: Favorite moments – how about three, from ShortLived?

Rob: These are gonna be more personal for me, but here ya go:
– In ShortLived 2 or 3, Duncan Wold, Christy Crowley and I put together a 10-minute musical in one day. It didn’t win, but it did really well – and working that fast was very cool.

– Performing Kirk Shimano’s play Inner Dialogue in ShortLived 4. It took second place in ShortLived 3 in 2011, and because the rules were different, it performed every weekend for 13 weeks. So when we brought back the festival after 144 Taylor St opened, it felt like it was a good call to bring back that piece and enter it into the Wildcard Round. Hadn’t acted on stage with Dan Williams since we’d done the piece originally, so being able to perform with my friend and business partner in our new theater was pretty special.

Barbara: Anything you’re looking forward to this time around?

Rob: The Finals. They are always amazing. They sell out like crazy, the plays are really strong, the crowds are amped, the performers are jacked too and the whole week is just really fun.

Rob: Adventures in Tech by Stuart Bousel and directed by Allison Page. Also Terro-Rama 2 by Anthony Miller and Claire Rice and directed by Colin Johnson. Maggie’s Riff, written by John Lipsky, adapted by his son Jonah with musical direction by his other son, Adam, directed by Faultline AD Cole Ferraiuolo. And yes – they are all here at PianoFight!