From now through the end of August, we’ll be bringing you interviews with the writers and directors of the 2016 Pint-Sized Plays. First up: writer Shirley Issel and director Jamie Harkin of “Angel of Darkness”!

“Angel of Darkness” is a modern mystery play set in a contemporary bar. Death is the barman, and he informs Everyman that as soon as another patron, Fellowship, finishes his beer, Everyman will die…

How did you get involved with Pint-Sized?

Shirley: I am part of a playwriting class at Stagebridge, taught by Anthony Clarvoe. Anthony gave us your Pint-Sized Play Festival call for submission and rules as a weekly assignment. The rules captured my imagination and I really liked the results, so I submitted.

Jamie: My dear friend Alejandro Torres, who is the deputy producer of Pint-Sized this year, knows me and recommended me.

Shirley: Coming up with a good idea.

Shirley: It is clear very quickly if you have something good.

Jamie: The idea of performing in front of such a huge crowd.

Shirley: I am in love with Shakespeare, especially the way one character in each play sets the ball rolling and in doing so calls in his own fate. “Angel of Darkness” takes place on Halloween. When the bartender/Death asks Everyman if he wants a “trick or treat,” Everyman asks for a trick, inviting Death to do his thing.

Jamie: Anthony Hopkins, Derek Jacobi, Benedict Cumberbatch or Alan Rickman (if I could bring him back I totally would). Cause, you know, I love me some Brits.

Shirley: I would cast Matthew McConaughey as the bartender. He’s naughty, playful and smart with a killer smile. I can just hear him with his Southern accent asking his customers, “Alright, Alright, Alright! What’ll you have, trick or treat?” 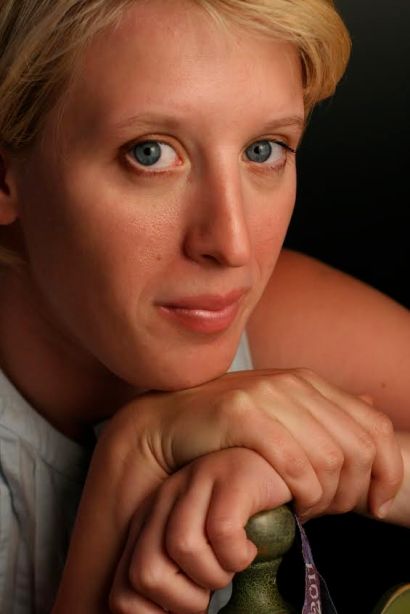 Jamie: I’m in the SF Fringe Festival this year as part of Alejandro’s show Projected Voyages, which is being remounted. I was an original cast member back in 2013.

Shirley: I’m sticking with my playwriting class at Stagebridge and I’m curious myself about what will happen next. One thing new I’m eager to pursue is a class on directing.

Shirley: I’m looking forward to seeing Dear Master come back to the Aurora in September. Joy Carlin is directing and she makes sure good material gets a good production.

Yes, he was on Soul Train.

“It’s only forever. Not long at all.”
– David Bowie, “Underground”

It was about this time last year that I wrote an entry about how much I don’t like my birthday. It isn’t for the sake of being dour, nor is it a day when I walk around full of self-pity (self-deprecation, maybe), I just don’t see the big deal of causing a fuss over my waking up another day. I’ll gladly celebrate the birthdays of others because I love when my friends are happy, but I never mention to them when mine comes up.

It’s only rarely that I let the day bog me down with thoughts of mortality – not even I am that morbid. But this past weekend, I found myself unable to escape those thoughts. It was this past weekend that someone with whom I share a birthday passed away. No, it wasn’t Sarah Polley, Stephen Hawking, or Elvis Presley (who I’m sure has been dead for quite some time), but the incomparable David Bowie. Even if I didn’t share a birth date with someone I admire – who died days later, no less – the fact that I turned 35 and he 69 caught my eye. I’m literally one year away from being half his age.

But again, rather than dwell on the tragedy of his passing, I became fascinated by the ways he chose to spend his final days. Apparently, he was composing the songs for a theatrical musical… about SpongeBob SquarePants. I didn’t see that coming. But what else should we have expected from a man whose life and career were defined by unabashed theatricality?

When someone I admire dies, I tend to feel a sense of shame that I didn’t know more about them before reading about it, but I’m glad when they put a lot of things into perspective. That’s why I was thrilled to learn that Bowie’s aforementioned theatricality is a direct result of his training in theatre. He actually began training as a mime under Lindsay Kemp and would later take the title role in a critically-acclaimed performance of The Elephant Man. I say this puts things into perspective, because the man was a capable actor. Usually a musician will take the leap into acting (and vice versa) just as way to expand their public profile. Bowie brought a confidence and self-awareness to the roles he played.

Like most people my age and younger, I was introduced to him as the spandex-wearing Goblin King of Jim Henson’s musical, Labyrinth. Yet, when I think of the role of his that truly left an impression on me as a young man, it was his single scene as Pontius Pilate in Martin Scorsese’s The Last Temptation of Christ. Most portrayals of Pilate that I’d seen – both before and after – often portray him as a moustache-twirling who takes a lot of pleasure in flogging this somehow-special Jew in public. Scorsese and Bowie took a different approach. Their Pilate is calculating and intelligent, but he recognizes that this Christ fellow (Willem Dafoe) is also intelligent, if not calculating. Pilate slowly takes steps towards him in an attempt to unravel the enigma of this man who oddly has the public up in arms. When he sits beside him, it’s a subtle way of showing equality between them, despite their official stations, but the scene ends with Pilate acknowledging that he wouldn’t want to be in Christ’s shoes.

For a man defined by grand flamboyance, it’s a wonderful showcase of nuanced characterization. As a budding teenaged actor who was in the middle of his own spiritual crisis, both the scene and the performance left their mark on me. And as that same teen began to ask more and more questions about his sexuality, there was something comforting about figures like Bowie and Prince who showed me that the well-worn tropes of masculinity and femininity were really just costumes in the theatrical production of life. In Theater Pub’s upcoming Morrissey Plays (opening this Monday at PianoFight), one of my characters – who, by all other indications, is hetero – proudly declares that he’d have sex with the eponymous singer because “Heteronormative gender rules don’t apply.” I learned that by watching Bowie.

As you read this, you’ve probably all come across the news that actor Alan Rickman just passed away. If you have any connection to Bay Area theatre, then you already know that Impact Theatre in Berkeley will be closing its doors later this year. We all know that nothing lasts forever, be it a cherished sanctuary or even life itself. As cliché as it may be, it really does come down to how your living days are spent, rather than constantly dwelling on when the end will come at last.

We might not all be able to be groundbreaking musicians, talented actors, parents of award-winning film-makers, and married to supermodels, but those things wouldn’t be unique if everyone could do them. You don’t have to worry about sharing a birthday with someone more accomplished than you, just celebrate you. A guy named David Jones taught me that.

Charles Lewis III takes solace in the fact that he still shares a birthday with Sarah Polley, an actor and director he’s always admired.