This week Will Leschber bids farewell to the Bay …

Since this is the last blog entry I’ll write while I’m still in the Bay Area, we are going to change up the format, as one is wont to do when times are a-changing. Call it indulgent but I’m confident anyone out there can sympathize with a time of transition.

I’m not sure where to begin. How to sum up the closing of a chapter that has redefined one’s life? We all know that ruminating swell of indigo emotion that accompanies a transition. Whether it be closing a show, semester’s end, season’s shift, a graduation tassel turn, a job change, an impending parting, or a big move: There is a particular bittersweetness reserved for such occasions. As you my know, dear readers, my wife (fellow blogger, beautiful Ashley Cowan of Cowan Palace fame) and I are moving out of the Bay Area. We are journeying due east to see what dreams may come on another coast. Endings lead to new beginnings and the bittersweet feelings remain…

I’ve never been fully satisfied with the term bittersweet. The blanket term of bittersweet doesn’t lock down everything encapsulated in the leaving of a phase of life. There needs to be a term that rolls the jumbled entirety of emotions that may appear in the garbs of… excited to start a new era, anxious about the uncertain future, melancholy for all things left behind, joyful for optimistic possibilities, wistful of times gone by, thoughtful of all the 525,600 minutes that made up each year passed, hopeful for a bright road ahead, cognizant of the fact that these are the last days of disco. The juxtaposed opposing emotions somehow simultaneously crossing vast plains and wide trains of thought. 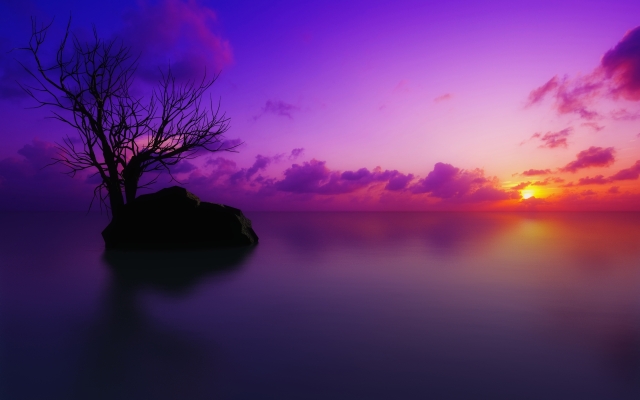 The Radiant Indigo Fade…or Crimson Wistful Waveaway…the new “bittersweet” should more resemble something of that ilk. If only wordy!!

I knew that feeling when I moved out here 5 years ago. I travelled west to be with the one I love and to move towards a future in a new place and a bright space. I found a small place in the indie theater community here in the City which meant the world to me. Being a part of a living, breathing, evolving beast of creative theater forces was exciting.

Living in a city where every street felt paved with history and character, the light and the dark. Working exhaustive long hours at huge party events from the rolling hills of Napa to the wet cliffs of Monterey where I would not get to attend the affluent galas but I would get to tear down the billowy tents and bright lights afterwards. Living in the middle of the socio-economic divide. Watching the 3am moon kiss the San Francisco skyline from the autumn avenues of Treasure Island in the middle of the Bay. 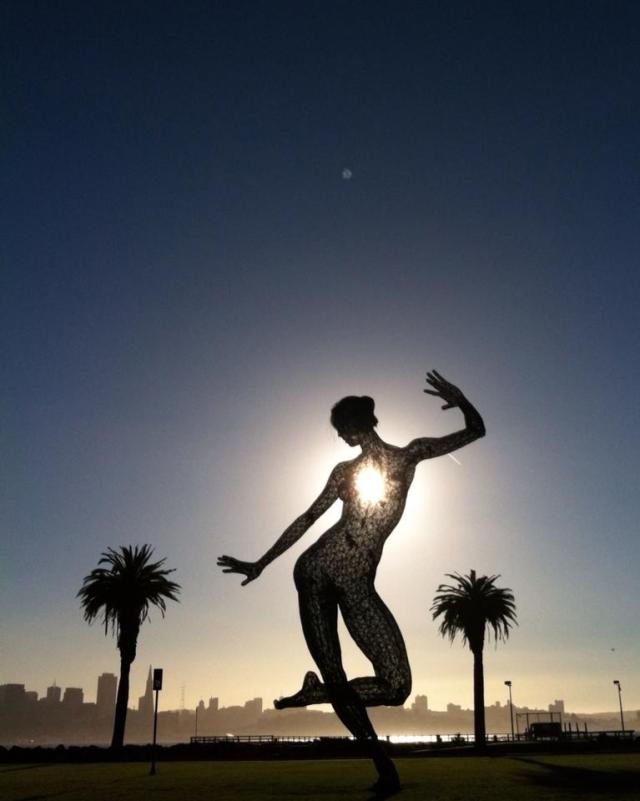 Winking at the final sunset on the roof of our 2nd apartment as we moved into the last apartment we would have in the City. Seeing theaters close their doors when landlords decided they could get more rent. Performing Rent! Performing Shakespeare from bars to redwood forests. Performing my wedding vows in front of 150 of my closest friends and family on a day that could not have been better. Experiencing my first child come into the world and knowing joy unlike any other. Making last plans and saying goodbye… all these things are wrapped in that opalescent mass that color the experience of leaving.

I know anyone who has lived in this tumultuous time and hurly burley place will hear the echoes of my experiences within their own.

I don’t know how to properly put into words the feeling that I know the decision to move on is the right one, yet a part of me will feel as though they never got enough time here. The truth is I am past the point of being able to live and breathe the City. To experience a place fully one needs time and the means to do so. Too often I’ve found myself busy with the act of getting by and being an bill-paying adult to truly enjoy this glorious place. So much of living in the Bay Area within the Theater scene or otherwise feels so transitory and impermanent. But that is the way of all things. The edge of impermanence is just sharper here. Outside all of the sharp edges, I can say in all cliche, I will leave some of my heart in San Francisco. I am so grateful to have known the people I have known. I am so thankful to have been part of the projects of which I was a part. To Theater Pub, to theater goers, to the blog readers, to the bay, to the City, to all co-workers, to the friends I’ve made, the the daughter I made, to love that never fades…thank you, thank you, thank you, thank you.

A great while ago the world begun,
With hey, ho, the wind and the rain,
But that’s all one, our play is done,
And we’ll strive to please you every day.
~Shakespeare, Twelfth Night, Act V, Sc 1

4 comments on “Working Title: That’s All One, Our Play is Done…”