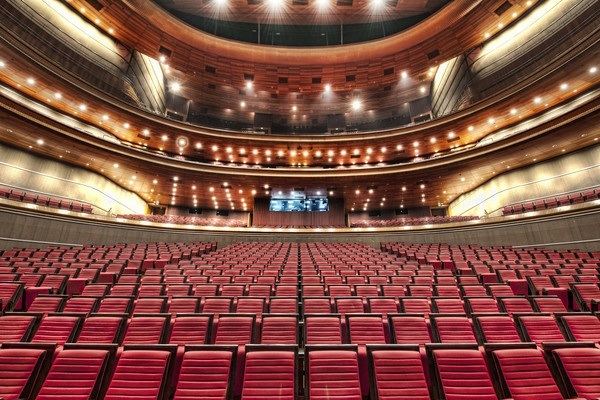 “No man likes to acknowledge that he has made a mistake in his choice of profession, and every man, worthy of the name, will row long against wind and tide before he allows himself to cry out ‘I am baffled!’ and submits to be floated passively back to land.”
– Charlotte Brontë, The Professor

I had a job interview last week. It was your usual fare: questions about past experience; asking what I’d bring to the position; explanation of where the company is headed – I’m sure you’ve all been through it. What was different for me was that it was the first interview in which my theatre work was brought into focus. Usually when I mention it, it’s in response to questions about what I do outside of work. Saying that I do theatre often results in blank stares, condescending raised eyebrows, and the occasional question of “Have you ever done any real acting?”

My theatre experience wasn’t just a random topic of last week’s interview, it was central. It was the subject on which we spoke for the entirety of my time in the building. It was the first time in my life in which I had the opportunity to possibly do the one thing that I’ve often thought wasn’t possible: turn my love of theatre into a full-time job.

There’d just be one catch: I wouldn’t be as active in theatre as I am now.

It wasn’t just a question of time consumption – although that would have played a role – but it was the fact that I wouldn’t have been able to see the Bay Area theatre scene from the inside-out anymore. I’d be in a position that would have fundamentally changed my role in the “ecosystem” of the local theatre community. I’ve seen that community from almost every possible angle – actor, writer, director, stage manager, tech, box office manager, company member, auditor, set construction – and that includes the past work I’ve done that directly related to the new position. The difference is that this would permanently place me into a role I’d probably enjoy, but make it nearly impossible to do the theatre work I’ve come to love.

I walked out of the interview the same way I walked in: knowing that there are certain opportunities that only present themselves once, if ever. What makes those opportunities so unique isn’t just what you hope to gain from them, but also what you’d have to give up in order to do so. “Nothing important is ever easy,” as they say. When I finally got home after the interview – and an evening rehearsal – I came to the decision that if this opportunity was mine for the taking, then I’d go after it head-on and have no regrets about doing so.

Of course, the point of someone interviewing for a job is that the decision isn’t in their hands to begin with.

On Monday I got an e-mail from my interviewer. I didn’t get the position. I replied telling him how grateful I was to have interviewed that I hoped he’d contact me immediately if anything changed. I was disappointed that I wasn’t hired for a great job, but I was also relieved that I wouldn’t have to make such a major change in my theatre life. I’ve spent the majority of entries in this column pondering my position in the world of theatre, both in the Bay Area and beyond. I do this because each day I’m more certain of it than I was the day before.

The evening after I received that e-mail, I went to rehearsal for the full production for which I’m rehearsing. The day before, I’d rehearsed my role in a play for this week’s ShortLived (a play written by fellow ‘Pub columnist Anthony Miller and directed Colin Johnson, who’s writing and directing the ‘Pub show for May). The day before that, I saw the earlier round of ShortLived. I have a few auditions coming up and I’m making a schedule to finally start writing plays I’ve had on the back burner for quite some time now. That’s my place in our theatre “ecosystem,” and I kinda like it here.

I first named this column “In For a Penny” because I’m someone who will fully dedicate himself to something once he’s committed. Right now, that’s being an active theatre artist. Soon it might be taking a different role. Whatever it is, you can’t say I didn’t give it my all.

To observe Charles Lewis III in the aforementioned “ecosystem,” see him tonight and all this weekend in Round 4 of ShortLived at PianoFight. It also stars fellow ‘Pub members Sam Bertken & Andrew Chung and is biting commentary of contemporary SF. Give us the votes! All the votes!!!