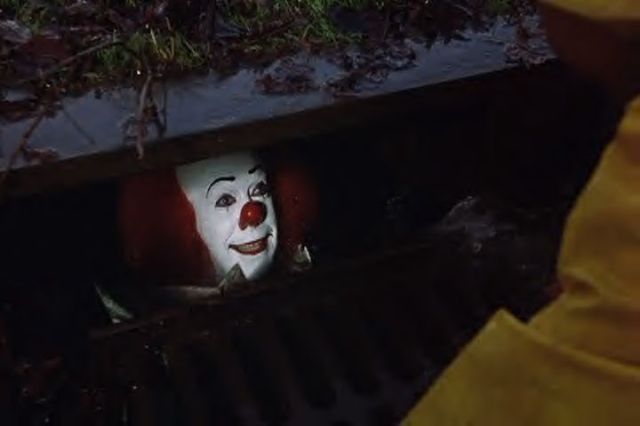 I still don’t get why people are scared of clowns?

“Damn everything but the circus!”
– e e cummings, Him

You may have noticed a change in The City this past weekend. No, I don’t mean Pro Life march that was disrupted by members of FEMEN. No, I don’t mean the rainbows that have been visible all over the Bay Area. I’m referring to the fact the upcoming event that’s being advertised by those garish Verizon banners draping the Embarcadero buildings: the Super Bowl.

Before I go on, I should say that I am most certainly NOT one of those “Ugh! Sportsball…” theatre folks who complain about popular athletics just because it reminds them of the kids who beat them up in school. I find that attitude offensive as a sports fan and counter-productive as a theatre artist. Both crowds are thought to be at odds with one another, when they actually have a lot in common. As we theatre folk endlessly kvetch about dwindling audiences, it wouldn’t hurt to see what works about sporting events getting big crowds. (Theatre folk do seem to love the Olympics; if for no other reason than to live-Tweet about the shamelessly theatrical opening ceremony.)

And yet, the invasion of the so-called “Super Bowl City” does rub me the wrong way. As a sports fan and born-SF native, it makes no sense for San Francisco to host the festivities of an event happening in a city 45 miles south. As a theatre artist, I did lament the fact that an event like this could so easily get all this pomp and circumstance as arts institutions are strapped for cash. Specifically, I thought about a few notable times The City proudly played host to theatrical events along the very same wharf that’s now being turned into a stage for Alicia Keys.

I’m sure that even the more recent SF arrivals will remember back to 2010, when a massive tent was set up for the lavish production of Peter Pan. It was a grand spectacle to be sure, but folks whose tastes were more, say, grown-up would walk a few piers down to the white tents with the shiny red letters in front. I’m speaking, of course, of Teatro ZinZanni.

This Seattle import – a hybrid of PT Barnum-esque acrobatics, Toulouse-Latrec-style burlesque, and overpriced dining – was an SF institution for ten years. Perhaps not as deeply embedded as Beach Blanket Babylon (which started in the mid-‘70s), but I don’t think I ever knew anyone who worked for Beach Blanket Babylon. I knew a helluva lotta folks who passed through Zinzanni, both performers and staff alike. I’ve heard countless tales of administrative headaches and miracles improvised mid-performance. It became a regular talking point for many of my theatrical colleagues because it was more than just another theatre company to them; it was a place that paid their bills, gave them no end of stress, and yet considered home.

That’s why we all felt bad when we learned that the show would be closing after New Years Eve 2011. There are so few places for non-Equity theatre folk to make (anything resembling) a living wage doing what they love, so we all notice when one suddenly vanishes (Tony ‘n Tina’s Wedding and SF Speakeasy being two off the top of my head). There’s something to be said about how performing artists view mortality, as they’re constantly putting one character/production to rest so that another may thrive, so it isn’t a bad thing to mourn one that played an important role in the lives of so many of them.

When I thought of this entry, I gave it the title that I did because the “Super Bowl City” hoopla has resulted in tents being set up for PR reasons rather than practical or performance reasons. I’m not angry at a sporting event happening 45 miles down the Bay, but there’s something wrong when this is what it takes to initiate the (temporary) improvements The City has needed for years; especially when the event has disrupted the lives of those of us who were already here. 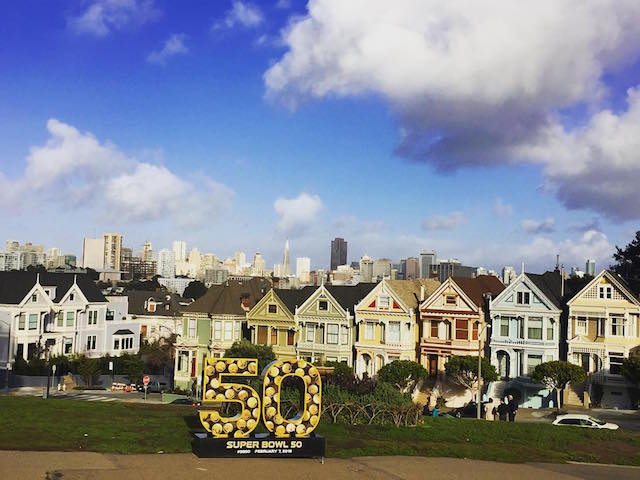 Still, I’ll be watching the game when it airs (most likely at the home of a fellow theatre artist/sports-lover, no less). In the meantime, I’ll see if there’s anything worth observing on this runaway train of garish gold “50” signs that have popped. Because I do love the circus, and I’m always on the lookout for whenever it comes back.

Charles Lewis III isn’t a big fan of either Super Bowl team, but he does have a soft spot for the Broncos. He considers Manning the lesser of two evils against his AFC rival Tom Brady, so there’s that.

One comment on “In For a Penny: Under the Big Top”