Charles Lewis listens to his other self. Both of them 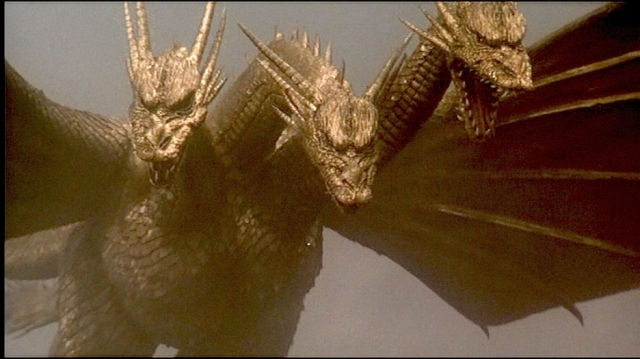 “Take therefore no thought for the morrow: for the morrow shall take thought for the things of itself. Sufficient unto the day is the evil thereof.”
— Matthew 6:34, King James Version
I hadn’t planned on writing about anything too serious for today’s entry. I’d planned to just do another “Of Olympic Proportions” piece about how the festival finally started last night; how much fun I’d had at the Opening Night party; how stoked I am about my script being read THIS SATURDAY, YOU GUYS; how my cast will be dressed like a box of Crayola crayons-turned-sentient-attractive-people; and how much I’ve been looking forward to this all year.
Then… reality set in. And, as reality often does, it sucked. As a San Francisco native with a bit of an obsession with the Freudian model of the human psyche, it shouldn’t surprise anyone that my Id and Super-Ego had a field day with the election results.
It started with my Id all excited for the election, then my Super-Ego pointing out that I’m currently a resident of Daly City.
Id reads the election results and wants to burn something; Super-Ego points out that as an SF native he shouldn’t, because that sort of thing (from post-game “victory vandalism” to the shooting that ended Hallowe’en in The Castro) is done by people who are not from our city.
Id is angry that many of those same out-of-towners-made-residents who voted for this shit; Super-Ego looks over the numbers of long-time residents and natives who inexplicably didn’t vote at all.
Id says that he better not find out his techie friends voted for this turnout; Super-Ego points out that the election process is private for a reason.
Id feels angry at all the people who are flooding his FB wall with posts saying “RIP, SF. Time to move to Oakland/Alameda/Portland/Chicago/NY/Austin/Pittsburgh/London/Narnia/Zamunda”; Super-Ego looks over the housing stats of each of those places and sees that it would be just trading one problem for a new one in a different geographical area.
Id is angry at friends who actually did move; Super-Ego points out that it’s futile to fault people he cares about going where they have the best opportunities to thrive.
Id is angry to hear that in addition to election woes, a friend of his in the tech industry just lost his job; Super-Ego suggests that someone with this friend’s vast experience (more than 15 years) could bounce back.
Id wants to use all of his money to stay and fight for his hometown; Super-Ego mentions that he has very little money, what with lacking a full-time job.
Id is pissed that he hasn’t been hired for full-time jobs for which he’s overqualified, especially after getting pretty damn far in the interview processes; Super-Ego points out that job interviews – like auditions – only give you control over the words coming out of your mouth and the ones on your resume. The rest is up to the folks behind the desk.
Id hates the new character one-shot posters for Star Wars: The Force Awakens; Super-Ego also finds them aesthetically horrendous.
Id is pissed that he’s missed the latest episodes of his favorite shows, as well as the premiere of Ash vs. Evil Dead; Super-Ego says that work (and lots of it for someone lacking a full-time job) has to come before recreation.
Id is pissed that the Twin Peaks reboot has been pushed back to 2017, and that the Log Lady died recently; Super-Ego points out that Lynch’s negotiations last were would inevitably stall the show.
Id and Super-Ego continue to use their dissatisfaction with the election to point out all the flaws in the
entire world.
As these two go at it, “Regular” Ego’s eyes are glued to the screen of his laptop. He reads a really inspiring write-up of the election on VanishingSF’s FB wall; he reads a special offer via PM regarding next year’s Olympians Fest; he reads an offer for a paid on-camera role for this Thursday (today); he begins receiving photos of clothing options from the cast of this Saturday’s Olympians reading; he hears a knock at the front door and answers it to find his adorable raffle prize(s) for said reading delivered by UPS; he thinks of how after the festival he’ll turn this one-act into a full-length after the festival; he looks through monologues for an upcoming audition for a company with which he likes working; he watches the kick-ass trailer for Spike Lee’s Chi-Raq; he reads about The Orbit Room re-opening; he reads about the upcoming Star Trek tv show.
In short, he thinks of a few of his favorite things, and then he doesn’t feel so bad. This three-headed beast heads out the door to go jogging on a lovely sunny day.
Super-Ego points out that the state desperately needs rain.
To see the colorful readings of Charles and every other Olympians participant, please purchase tickets at www.SFOlympians.com

One comment on “In For a Penny: Three the Hard Way”