Dave Sikula, getting carried away again.

In our last thrilling chapter, I began to discuss how I nearly burned down Grauman’s Chinese Theatre in Hollywood.

I was going to pick up by talking about waiting in line for movies. In these days of camping out days in advance to get into Hall H at the San Diego Comic-Con or to buy something useless on Black Friday, waiting for a few hours at a movie theatre may not seem novel, but in the ‘70s, it was. As I say, I was going to start with that, but I’m finding my memory isn’t what I think it is.

The first time I remember really waiting for a movie was either 1973 or 1974 for The Exorcist. My girlfriend at the time had read the book and really wanted to see it. In those pre-Jaws days, most big movies would open in limited release (like two or three theatres in the entire country) before moving on to smaller theatres. There were really only two places where every movie would play: Broadway and Times Square in New York and Westwood in Los Angeles. Now, of course, there are no movie theatres on Broadway or in Times Square (the multiplexes on 42nd Street don’t count … ) and Westwood, which once had more than a dozen theatres, now has only a couple.

The Exorcist was playing at Mann’s National, so we drove to Westwood on what I remember as a nice spring Sunday, and discovered that, not only was the movie sold out (in an 1100-seat theatre!), the show after that was sold out (and the show after that might have been sold out). We bought tickets for the first available show and got in line for the next five hours, which entailed going down one block, around the corner, down another, around another corner, and going way down a third block (there may even have been another corner and another block). We had no books, no newspapers, and no smart phones to distract us, no nothin’ except standing in line, talking to people about how we couldn’t believe we were going to wait this long for some stupid movie and how the McDonald’s across the street had jacked up its prices to take advantage of its captive audience. It was a change they denied, but was verifiably true.

Scene of the crime

(Now, I remember it as a warm late spring/early summer evening (as does my then-girlfriend) – and the same night that the LAPD and the FBI shot it out with the Symbionese Liberation Army to rescue Patty Hearst, but I don’t see how that could be, since that night was five months after the movie opened. The line was long, but not that long … )

As people came out of the theatre, they were either grossed out (these were more innocent times) or laughing (obviously high). The thing was, we had built a sort of temporary community in that line, with relationships, running jokes, and commentary, but that was broken up as soon as we hit the doors of the theatre. Ultimately, I thought (and think) the movie was pretty “meh.” It was okay, but more of a cultural phenomenon than a cinematic experience. My girlfriend, though, was so freaked out by it that she demanded that I take her copy of the book and get it out of her house (I still have it), and she got the willies when hearing “Tubular Bells,” the movie’s theme. Her mother got mad at me for taking her daughter to the movie, but then she was generally mad at me anyway.

My next experience with waiting for a movie was with Star Wars in 1977. Now, I had known about the movie well in advance, having gotten a poster for it the previous year at some comic convention. (I sold that poster sometime in the ‘80s for something like $100; now it goes for more than $2,000.) The first show wasn’t sold out, but after that, you couldn’t get near theatres that were showing it. It opened wide; really wide. It was beyond huge.

When the second movie opened in 1980, it was with a midnight show at the Egyptian on Hollywood Blvd. I got there at 11:00 am and waited in line all day with a bunch of other misfits. People would walk by and ask what we were waiting for. We told them “the new Star Wars movie,” and they would look at us with either pity, confusion, or terror (or some combination thereof). Can’t say as I blame them. (When the third movie opened in 1983, I gamed the system. This time, there was a benefit screening the evening before the official midnight opening. I paid $50 [!] for a ticket [it was a worthy cause; pediatric cancer or something] and, after the movie, went around the theatre and gathered up a stack of the souvenir programs that had been distributed, then drove to the Egyptian and sold them to the suckers in line for a dollar a pop, more than making up the price of my own ticket.) 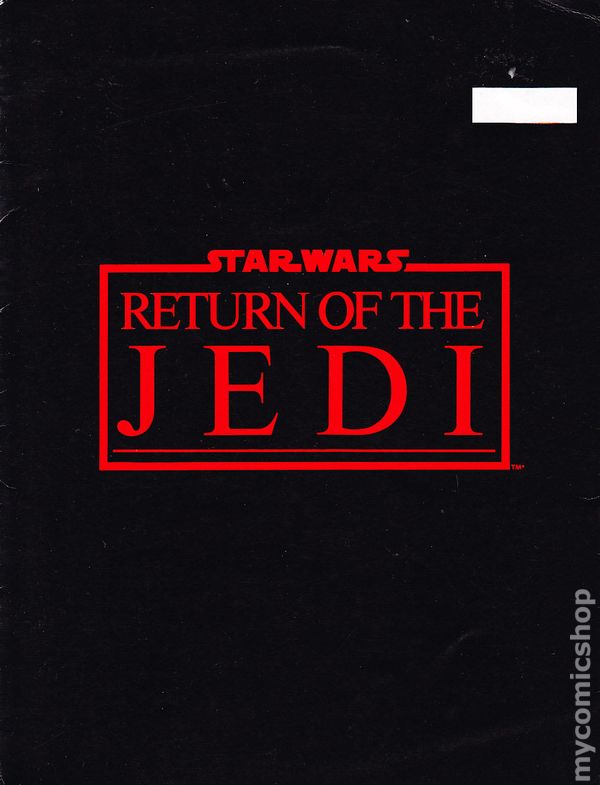 I can’t believe I found an image of the program

As is my wont, though, I’ve spent words to get us to the point where I’m just on the verge of my attempted arson, so I shall leave you, gentle reader, on proverbial tenterhooks until the next time, when I promise you, I will include breaking and entering among my crimes.

Confession is good for the soul, after all…

One comment on “It’s A Suggestion Not A Review: Burnin’ Down the House – Part II”