Ashley Cowan is out on maternity leave, so in the meantime, Theater Pub’s new Co-Artistic Director, Tonya Narvaez, shares her thoughts on the first three months of her tenure.

I put off writing this post until the last minute for a number of reasons. Mostly because I’m sick and have therefore lost all multi-tasking abilities. So please bear with me here. Also because I just didn’t know what to say.

It’s so interesting and exciting that Theater Pub, this unifying, community-oriented, local-artists-supporting, FUN theater company, is back! But…I found myself asking: why is it interesting or exciting that I’m Co-Artistic Director? Should I just write about upcoming events and why Theater Pub is awesome? Should I try to make it special or witty somehow?

Then “Once in a Lifetime” by the Talking Heads came on Pandora.

“And you may ask yourself-Hey! How did I get here?”

Ah-ha! I should write about how I got here. An extended bio, if you will. Because it’s definitely not been a straight line for me.

I was born an Army brat in Corpus Christi, TX. 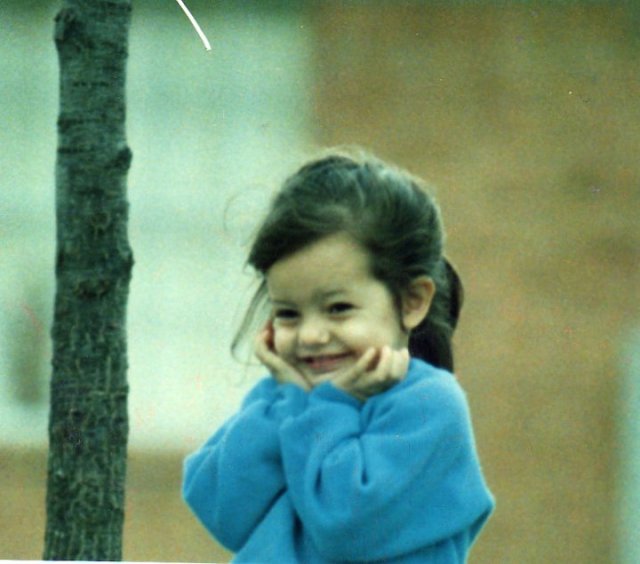 Yes, we’re starting at the beginning.

I decided that when I grew up, I wanted to have a mansion where every room was a different color, a husband who took care of the kids, to go to outer space, to have an Oscar, Tony, Emmy, Grammy, a thriving dental practice, and to win the gold medal in gymnastics and figure skating. #RealisticLifeGoals

At the age of seven, I struck out to complete one of these goals. I auditioned for Marta in the local high school’s production of The Sound of Music. I memorized the song and my dad helped me come up with some sweet dance moves. I didn’t get it. I didn’t sing loud enough.

I kept at it, and eventually got into Production Drama in high school. I kept studying theater in college. My first year, I began to question whether or not I should go for it. So I went to my acting teacher for help. He basically told me to quit acting unless I had to do it. That if there was anything else in the world that I could do, to do it instead.

I thought he was a real asshole at the time.

Later, I decided to take a few acting classes in San Francisco. I fell in love with the city. For this reason, and for many other reasons too complicated to go into now, I decided to move here permanently.

Two years later I realized I’d let myself quit acting for no good reason. (“no good reason”=because of a terrible relationship) I started auditioning and booked two musicals in Fremont. I auditioned for Sleepwalkers Theatre twice in a year. ONLY that theater. Why? That particular theater just spoke to me, and I didn’t have a lot of ‘in’s in the community yet. So I dipped a toe. And it felt good. I wanted more.

My good friend Chris told me about the San Francisco Olympians Festival auditions. She pushed me to sign up. It was the most fun I’d ever had at an audition, and I booked a show from it! I immediately made about fifty friends, all from the theater community. It was like I had tapped into this vast well of talent and life.

From there, I was introduced to San Francisco Theater Pub, which was like Olympians but all year long. Pretty soon, I was in show after show, sometimes overlapping. I was making art all the time! It was thrilling. In the middle of all that, something devastating happened. And I ended up packing up and moving back to Southern California for a little while.

In February of 2014, I was ready to come back. I worked at writing and directing. I became Production Manager for a new festival. Acting started taking a backseat. 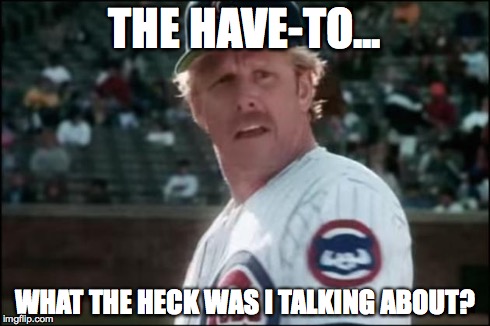 I hope I’m not the only one who’s seen Rookie of the Year recently.

So I went for it!

Yes, this is broad and sweeping, but there have been lessons learned along the way too. The biggest of which is that you can’t always do EVERYTHING that you have-to do. I’m feeling pretty damn happy about the have-to’s I’ve chosen right now, though. And even more happy that Theater Pub, this crazy well of talent and art, is a have-to that I can share with all of you.