ShortLived is returning! And Ashley’s feeling things about it!

The spring of 2010 was an exciting time for me. Well, at least I can say that now because back then it just felt like everyday life.

After playing all the bridesmaids and many other female characters in Tony ‘n Tina’s Wedding, I was finally given the chance to perform as the drunk bridezilla herself, Tina; I was working as a theatre teaching artist for over 100 kids in a week; I managed the box office/house/lounge at Magic Theatre and volunteered as their audition reader where I had the chance to listen in on all the big casting choices; and I was finally getting my start into playwriting, an area that had both scared me and called to me for years. In fact, I was #blessed with some beginner’s luck and good fortune in that department because during that spring of 2010, I was working on my first Olympian’s piece, had a play accepted into the first Pint Sized Festival, and had just been given the chance to submit something for PianoFight’s ShortLived competition, that time on behalf of No Nude Men Productions.

Sure, I was constantly stressed about my lack of finances and health insurance but I was also involved in all these creative outlets. And yeah, I may have questioned my life in comparison to all my school classmates who were getting married and having babies more than was necessary as a hopeless single, but ultimately, I was having fun as a young 20-something in San Francisco. I was a poor gal’s Carrie Bradshaw! … or something.

Which was why being involved in ShortLived was so rad. Thanks to a chance meeting after a Theater Pub show, I was introduced to Rob Ready who was inquiring about involving Theater Pub in PianoFight’s current show. I awkwardly barged into the conversation. And I immediately jumped at the chance to take on writing something without having any idea of what I could submit… or who would direct it… or who would act in it… even though we had a limited time in which to get all these pieces together. I didn’t care! I was eager! It would work out!

Luckily, it did. There were a few hurdles and tears along the way but I dusted off some notes I had about a short piece involving the role texting can play in dating and then was so thankful and delighted when Julia Heitner said she’d direct it. She fought for a cast and then used her wonderful creative powers to quickly stage and ready it for an audience. When it opened, I took some time off from performing in Tony ‘n Tina’s to watch from the back of a sold out theater. I nervously drank BudLight Lime from a brown paper bag and saw my short play, Word War, come to life. It was the first time any of my scripted words had been produced and performed in front of a crowd and the experience was as delicious as my drink with a side of cupcakes and Flamin’ Hot Cheetos: nothing short of magical. 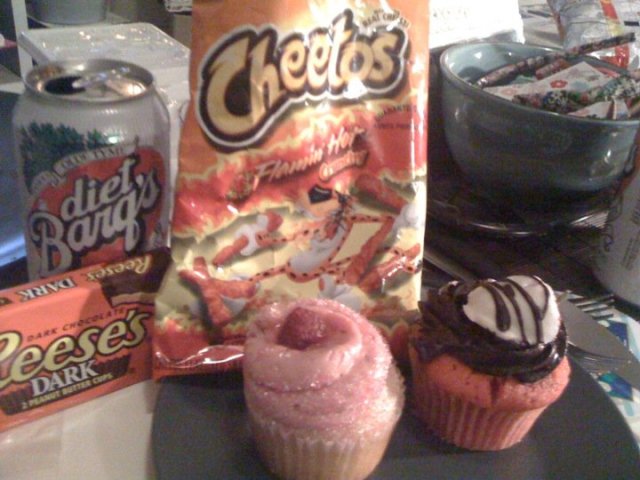 Fast forward to today. Well, to last week, I guess. Theater Pub gets an email from Rob asking if we’d like to submit something for ShortLived. Because after a few years away, it’s back! Which is so great! Eager Ashley responds within just a few minutes (again, without any real idea of what to submit or any of the needed production details). Stuart, wise leader that he is, kindly inquires if it’s a doable project for someone so far along in her pregnancy. Oh, right, I remember. I’m eight months pregnant now. Huh.

I’m very excited to have a daughter on the way. She’s apparently the size of a pineapple now (which I try not to think about coming out of me because, well, that’s just an awful image… sorry for putting it in your mind, you pervert) and in just a few weeks, she’ll be here bringing a new kind of magic to my life. There aren’t really enough words to describe the feeling. It’s kind of like waiting backstage to make your first entrance on opening night after a rocky dress rehearsal. You’ve never felt so alive and charged but terrified and anxious all at the same time. The experience is the current star of my reality show.

And it’s times like these, I realize that years of “shortlived” moments have moved me to a whole new place. Somewhere you hadn’t really realized you had arrived at until you turned around and realized what was behind you.

But here we are. While I can’t help but miss the energy I had five years ago and the passion I possessed to say yes to every opportunity without much thought, I realize it’s not 2010 anymore. Russell Brand and Katy Perry are not together. Thankfully, Theater Pub has continue to grow and develop a core group of fellow eager yes-to-theatre-opportunity-makers. I’m in good company. So when Stuart suggested teaming up with Barbara and involve our team, I was into it. Selfishly, I’m not quite ready to forgo the spirit I possessed five years ago but I’m also super thankful to be involved with a group that still humors me and lets me feel included, even as the super pregnant gal.

While we’re in the very early stages of figuring out our involvement in this year’s ShortLived competition and I sadly may not be able to drink BudLight Lime in celebration, I have to say, the spring of 2015 is looking like it may be pretty exciting too (plus, I can still eat Flamin’ Hot Cheetos and cupcakes and boy, will I). And I hope this time, I’m old enough to fully appreciate it. 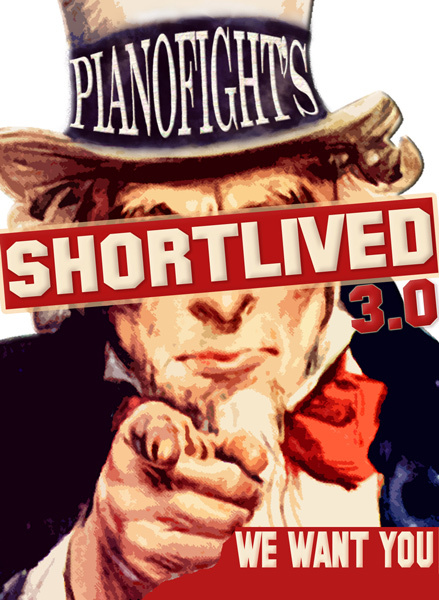 For more information on ShortLived or to submit your own work, check out: www.pianofight.com/shortlived-open-challenge/!

One comment on “Cowan Palace: ShortLived Returns And Other Spring Sequels”