This week Will Leschber vows never to be hungry again…

This past weekend I did two things that I haven’t in a very long time. I went to a for-real-résumé-headshot-requested audition in front of a large group of directors and also I took in Gone With The Wind on the big screen. Both can be daunting tasks. How many hours did you say that film was?! You want me to try WHAT accent?! Depending upon who you ask either could be a new miserable experience or an insightful pleasurable one. What I find curious about revisiting old ground is the new things it shows you about yourself. You may feel differently about Scarlett O’Hara the fifth time you watch her bellow, “I’LL NEVER BE HUNGRY AGAIN!” Also, you might realize that your relationship to your craft is different than it was when you auditioned in your early 20’s. Sometimes moving forward requires a start-step back. Here are a few things this old ground made new for me. 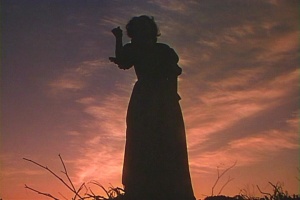 Gone With The Wind never ceases to offer complexity to its characters. It’s so easy to see the rampant flaws in both Scarlett and Rhett, yet we accept them and adore them anyway. By the end of my 4th big screen viewing, I know I was thinking Thank god, someone knew enough to “frankly not give a damn” and leave her misery-sowing ass! And at the same time, Oh I hope she goes after him and they make it work! They are really a swell couple… a swell couple of tyrants. The film is a pillar of cinema because it never ceases to impress with it’s scope and technical grandeur and at the same time the intricate characterization continues to reveal different shades upon repeat viewings. I am not the same as when I watched the film for the film time when I was 16 years old. I am twice that age now, married with a kid on the way and the emotional keys of the film play so much more richly for me now. Give it a revisit. You’ll see.

As for auditioning, I am terrified and elated to audition. If you are part of the theatre world, I’m sure this juxtaposition is well known to you. The line between success and fall-on-your-face-failure is thin. If you put yourself out there, you most assuredly will experience both. It’s scary. It’s positively electrifying. It’s as if theatre people should be provided bi-polar medication upon entering drama club. We are asking for the best and worst of things at the same time. The positive side I came away from this round of the acting routine is this: Auditioning, standing up and being judged, like few other things, really allows you to assess yourself. You know if you are prepared. You know where you stand in relation to your craft. You know where your priorities lay. Sometimes the things you see are not what you wish to be. Sometimes you are positively surprised. Either way, you must recon with your exposed self. Living a creative life through theatre or film is a crap-shoot. You are asking for failure and rejection and overwhelming adversity. But you are also asking for community and kindness and intimate connection. Plus more often than not the strangers, who are there to judge you, are rooting you to succeed.

Go watch an old movie. Go out there tomorrow and expose yourself…to self assessment. 😉 Don’t let either thing overwhelm you. The step back may sweep you ahead.