Claire Rice has tax code stories on her Google Alerts.

A tax relief program will begin this fall which could give theatre companies up to a 25% tax rebate on 80% of a production’s up-front budget costs ahead of its run. Touring shows will receive a 24% tax rebate. Other productions will be eligible for a 20% tax credit. It is intended to benefit both commercial and subsidized companies, who can claim their relief by either offsetting taxes or as a cash credit. The relief will be evaluated on a per production basis. It is hoped the tax relief plan will help the theatre industry to compete with cinema and television, which has enjoyed similar tax relief measures for years. 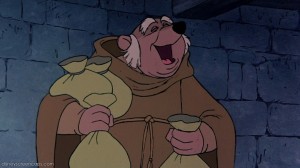 An industry professional said: “Our desire is that this gives a boost to producing across theatre and other forms of performing arts such as dance and opera, and in particular that this helps regional theatre. There is an opportunity here to boots production, jobs and investment.”

The measure was first conceived in 2011 when tax credits for angel investors in small start ups were in the process of being reviewed. Lobbyists for the theatre industry called for a similar, but separate, review looking at tax breaks for the creative industries. That proposed relief would have been more about making investing in theatre attractive, while the relief that will go into effect on September 1st gives tax breaks directly to commercial and not-for-profit corporations.

Without a doubt, the most important part of this announcement is that the government is openly supporting the creation of art and it’s ongoing survival. “It’s a massive vote of confidence from the government,” said another industry insider. The big winner in this equation is touring companies, which means plays and productions will be able to survive longer and will be seen by more people.

Ah…wait. I’m sorry. I’m a bad reporter. All of this is happening in the UK.

It is good news for our friends across the pond who often have reason to crow. One of their major exports is, in fact, theatre. Though, while it may be a vote of confidence in the industry, it is also a little salve in the major wound of awful cuts to smaller subsidized theaters across the UK.

Wouldn’t it be nice to have our president come out to his podium, smile, and say anything at all about theatre? Wasn’t it exciting to pretend, even for a moment, that our government was willing to throw us a bone?

A girl can dream.

For the real skinny on the tax relief plan: http://www.theguardian.com/uk-news/2014/mar/19/theatres-tax-break-15m-touring-productions-west-end-regional-chancellor-george-osborne

For more information on cuts to UK theatres: http://www.equity.org.uk/campaigns/my-theatre-matters/