So we’re finally at “The Lily’s Revenge,” are we?

Let me preface this by saying that I’ve been putting it off for two reasons. The first is that I just don’t know how much I’ll have to say about it, beyond “It was unimaginably bad.” (Imagine the worst play you can think of. Double it. Double that. You still won’t be in even the same time zone.) The second is that, unlike the other productions (“The Three Sisters” and “Lear”), it happened in the recent past, and I still kind of know some of the people involved. 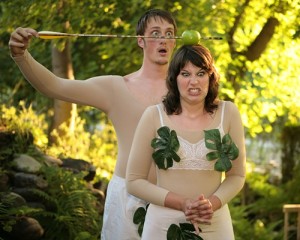 Oh, if only it had been this good.

But, dammit, it was, like five hours I’ll never get back, so what the hell.

Before I begin, a digression.

At the show the other night, one of my fellow cast members mentioned a particularly bad production of “The Tempest” he’d seen, and it brought up the whole issue of bad Shakespeare. 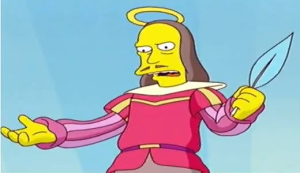 Bill’s none too pleased. Nor am I.

We’ve all seen bad Shakespeare; hell, it’s hard to see good Shakespeare. (The only things worse than bad Shakespeare are bad Chekhov and bad O’Neill.) By “good,” I mean a well-spoken, well-thought-out production that illuminates the text and the characters and shows us the universality of the work, usually by highlighting the particulars of one aspect. I’m certainly no purist. Some of the best and most memorable productions I’ve seen have played havoc with the text, but made it work because there were ideas behind it. The best Shakespeare – the best single production of anything – I’ve ever seen was Ariane Mnouchkine’s “Richard II.” Her Théâtre du Soleil performed them at the Olympics Arts Festival in 1984. The productions were an Elizabethan/Asian mashup – in French! – that was visually stunning, intelligent, and illuminating. I’ve never seen anything like it, before or since – other than her productions of “Twelfth Night” and “Henry IV, Part I,” which were on the same bill, playing in rep. 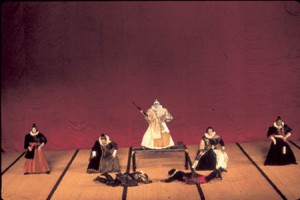 On the other hand, last December, I saw the Globe Theatre’s productions of “Richard III” and “Twelfth Night,” with Mark Rylance as Richard and Olivia. They were produced to be as authentic to a 17th-century production as possible, and were absolutely traditional, but still gripping, funny, and tragic. 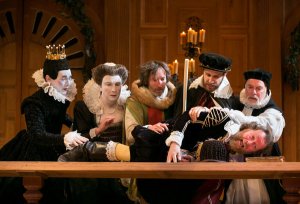 Give me a consistent and logical framework for your Shakespeare, and I’ll go for the ride. Fuck with me, though – give me Lear on Mars because no one has ever done it that way before, or Macbeth on a cruise ship, and if there’s not a reason, I’ll cut you.

For example, when my castmate was describing his own “Tempest” horror story, I was suddenly reminded of the production I saw in the mid-80s (what was it about the mid-80s and bad theatre in Los Angeles?) that was bad enough on its own – very poorly-acted and directed by someone who really didn’t have viewpoint as to what the play was about – I could have forgiven that; the company was earnest and fighting the odds as best they could. What bothered me was that the director chose to have the actors cast as Trinculo and Stefano – ostensibly the play’s comic relief – not only play their roles as Dean Martin and Jerry Lewis (in a production that in no other way referenced the 50s), but to ad lib their dialogue. Martin and Lewis have gone down in history as probably the greatest nightclub act in history (their appearances in other media run the gamut), due to their prowess in ad libbing. These actors were not so fortunate. It was an attempt at garbage, but by performers ill-qualified to do it. Their stuff just laid there. (Had I been the director, I might have been tempted to have tumbleweeds roll past their scenes; but then, had I been the director, I wouldn’t have put those actors in a no-win situation.) As a director friend of mine put it (in so many words), “If you’re not going to do the original text and ad lib, you’d better be sure it’s funny.” Or at least, funnier than what Shakespeare wrote. (Personally, I find most of Shakespeare’s clowns tiresome. There are fewer less-funny characters than Touchstone or Feste. A lot of the material just doesn’t hold up, and actors usually overplay in an attempt to make it work. Douglas Campbell really missed his chance.) 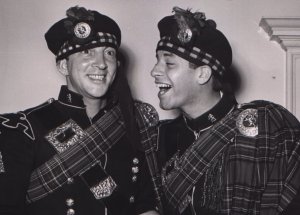 Well, at least it wasn’t “Macbeth.”

The guys in this “Tempest” made Shakespeare look like, well, Shakespeare, though. It was the most painful aspect to an already-painful production.

But, finally, The Lily.

As I said about Shakespeare, I’ll go along with your flights of fancy if I sense an intelligence and a plan behind them. I’d heard about Taylor Mac, whose reputation as a major part of New York’s avant garde should have been a warning, but the advance word on “The Lily’s Revenge,” his magnum opus that had gotten a great review in the Times (alright, it was Isherwood, but still …), was good, and my experience with long-form theatre (Peter Brook’s nine-hour “Mahabharata” and Mnouchkine’s Shakespeares, among others) in the past had been good, so I figured “what the hell.”

It was every bad cliché of the 60s brought roaringly to the stage (I almost said “to life,” but it was all so deadly) in front of me: the nudity, the simulated sex, the psychedelia, the inane “profundity,” the self-importance (again, this perspective comes from a guy who did 800 words on haircuts), the utter and complete BULLSHIT of it all. I’d say every act was worse than the one before, but after it hit its nadir, it somehow lost its mojo and laid there. It could have been a “is it just me?” situation, but it wasn’t.

I was begged to leave, but my stubbornness is such that I wasn’t going to let them win. “Bring it on!” might as well have been my motto that night.

Who won? I have no idea. I outlasted them and have gained a new standard for awfulness, but on the other hand, I was the one who watched the whole thing when I didn’t have to.

One comment on “It’s A Suggestion Not A Review: The Shows I Didn’t Walk Out On — But Should Have (Part III)”