Let’s talk about Canadians, shall we?

(I start this knowing that Canadians are, by their nature, so nice that anything I say will be forgiven by them.) As I say, they’re a nice people; friendly, kind, helpful. But dull. 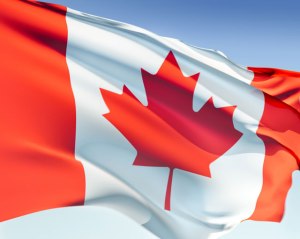 And that accent? This is a personal thing — but it’s my damn blog, so deal with it, baaaabe (©Dr. Ron Dieb*) – but I find that accent to be one of the most distasteful of the English-language dialects, right up there with New Zealand English and what passes for English on the BBC. (Seriously, do the Brits realize there are 26 letters in our common alphabet, and that they’re allowed to use “R” and “L?” And that there’s such a sound as a long “A?”)

But I’ve digressed yet again.

The Canadians are nice people. Funny, no doubt; some of my favorite comic actors are Canadian – just think of the cast of SCTV or (ironically) “Slings and Arrows.” But the Canucks are, for the most part, lacking the spark that makes for great dramatic acting. (Again, this is a generalization. Christopher Plummer, an actor I used to loathe, has become one of my favorites.) They’re nice, but meh.

Take off, you hosers!

So imagine my feelings in 1985 when the Stratford Festival brought their acclaimed production of “King Lear” to the Doolittle Theatre in Los Angeles.

The Doolittle had a long, long history as a legitimate theatre. It opened as a legit house in 1927, was turned into a CBS radio studio in 1936, and then turned back into a legit house in 1954. By the time I started going there – sometime in the early 70s, I imagine – it was known for presenting movie stars who wanted to do plays without leaving town (this sounds like it’s damning with faint praise, but for the most part, it worked). I saw – and ushered for – many, many shows there. (“Equus” with Anthony Hopkins – still one of the greatest stage performances I’ve ever seen; Henry Fonda and George C. Scott in a number of things; even Judy Kaye, Imogene Coca, and Rock Hudson in “On the Twentieth Century” – the first two in that show were great; the third, not so much). The theatre was renamed for Gen. James Doolittle in the 80s, maybe. (Imagine going from leading a bombing raid on Tokyo to owning a theatre. There’s a joke there, but it’s too obvious for even me to use.) 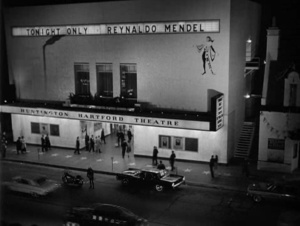 The Hartford. “I never miss a Reynaldo Mendel musical.”

Anyway, this production was acclaimed as a landmark “Lear.” One for the ages! Miss it at your peril! With that kind of hype, I had to go.

Well, as you might guess from my prologue, it was dull. It was beyond dull. It was soporific. It was tedious. It was somnolent. It seemed as though the cast was doing all they could to avoid doing anything interesting. (If that had been the case, at least it might have made for an interesting experiment, but they were, unfortunately, sincere.) That said, though, the actor playing Lear (and I had to look his name up, the show was so unmemorable), Douglas Campbell, must have realized how little energy the rest of the company was putting into the proceedings, so he overacted wildly to take up the slack. It was like he realized the show as a whole had to reach “100” on the acting scale, and since everyone else was at “5,” he had to do a “95” on his own.

Now, as I’ve mentioned, overacting is my stock in trade. I know it, I’ve studied it, I’ve practiced it. If I may so myself, I’m an expert at it and use it wherever possible.

But watching Douglas Campbell that night, I realized how wholly inadequate my skills were. By that point, Campbell had been acting 45 years, so he’d had decades to practice that skill. It was awe-inspiring to watch someone chew the scenery that blatantly. After he was done with the scenery, he started on the stage floor, and probably would have worked his way into the house, the lobby, and the street had there been enough time. 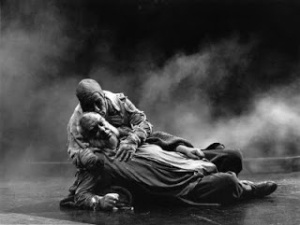 Campbell, exhausted from his exertions.

Unfortunately, even Campbell’s earnest efforts weren’t enough to overcome the torpor and inertia of the rest of the cast. My most vivid memory is of Lewis Gordon as Gloucester. As anyone who knows “Lear” knows, one of the most visceral moments of the play is when Gloucester has his eyes gouged out. Well, from Gordon’s reaction, you would have thought he’d gotten a paper cut – and a rather mild one, at that. Instead of the howling or screaming one might easily expect, it was a mild “ow;” like a five-year-old who was muttering “that hurt, you guys” after getting a rug burn– or, more specifically, he sounded like Joe Besser.

It was a terrible production from start to finish, but still not bad enough to walk out on. There were too many chances to see something go wrong; not in a horrific or even a car-crashy way; it was just full of “did they really just do that?” moments. It was awful, but I wouldn’t have missed it for the world.

But it was as nothing as compared to the horror that was “The Lily’s Revenge.”

(*This will make sense to approximately five of my readers. But those five? They’ll find it hilarious.)

2 comments on “It’s A Suggestion Not A Review: The Shows I Didn’t Walk Out On — But Should Have (Part II)”