Someone let Allison Page out of her cage again.

Clearly, you have seen “How The Grinch Stole Christmas,” right? I mean, you are a person, aren’t you? Whether it’s the cartoon version or the Jim Carrey version, or a version you’ve dreamed up with Tom Hardy as a super hot muscular Grinch who just needs me to ease his woes – whatever – you know the story. The Grinch is a grumpy green guy who lives on top of a mountain away from society and is generally kind of a miserable bastard. By the end, a little girl comes along and the Grinch’s previously tiny black heart grows three sizes and he acquires a love of Christmas and the Whoville community. And they all lived happily ever after or something.

Maybe I don’t live on the top of Mt. Crumpit, but I do live on the 11th floor of an apartment building in the tenderloin. I’ve always been a strange combination of “exuberant people person” and “absolute loner grump”, even as a child. I hate communities. Ugh. I don’t even like the word. In high school, my mother gave me a letterman’s jacket, and I refused to wear it for fear it would put forth the notion that I had team spirit lurking inside me somewhere, which I did not. She still wears it. It says “Allison” on it. Her name is Sherry. All through my teens I spent my time either at rehearsal – obsessing over my part – or at home watching movies older than my grandparents or writing what I thought was the next piece of great American drama. My mother actually used to call me Daria, because she saw the show and it reminded her of my general demeanor. I feel like I was probably a contender for “Child Who Displayed Sarcasm at the Earliest Age”. I guess what I’m trying to say is – a lot of the time I was a miserable bastard and I just really wanted those damn kids to get off my lawn. 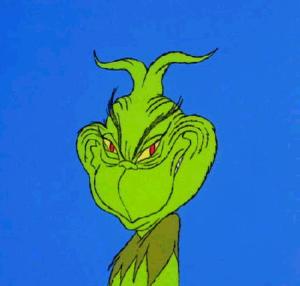 My demeanor changed after moving to the Bay Area, because through comedy I was able to, ya know, become a person. But that didn’t make me more group oriented. Back when I did a lot of improv a few years ago, it made me achingly aware of how much I just can’t do the community thing. I didn’t want to go hang out with a bunch of zany whackos until 2am, just…bonding. I hate bonding. GET OFF MY LAWN, ZANY WHACKOS. I liked the art of improvising, and it’s made me a better performer. I think every actor should take a stellar improv class. I even taught it for a while. But there’s this group mentality that has to exist for a team to be able to really perform successfully together over time, and I just couldn’t commit to that. And stand up is a very solo act, obviously, but there’s a community there, too – which is  hard for some people in that it’s very intimidating because you’re dealing with some rapid-fire human minds – but that didn’t bother me because I love competition. I just didn’t have the desire to be around for it.

Last night, I threw on my “I’M WITH BEAR” t-shirt and headed out to Theater Pub’s very last Pint Sized Plays festival at the Café Royale. The Royale has been the home of Theater Pub since it began, and we won’t be there anymore after…wait a minute…hold on…did I just say “we”?

Theater Pub doesn’t really have company members that I’m aware of. There are the founders of the Pub, and then there are all the actors, directors, artists, producers etc. that have worked with them in the last few years. Which by Stuart’s count last night was 307 people…which is pretty fucking astounding. I know that most of us (oh lord, now I said “us”) feel some proud ownership over the things that have been created there. Though I just participated for the first time a year ago, I feel like the Pub understands me. Café Royale is sort of dark and moody, which always makes me feel more comfortable, and the “anything can happen” vibe pleases my inner angsty rebel. I feel like the Beer Bear of last year’s Pint Sized has been mentioned a million times already, but I can’t stress enough the impact that performance has had. It really was the beginning of my re-entry into the theater…community (EWWW!), it’s been the string that has connected me to so many opportunities, and so many people who are important to my career, and…to…my…life (EWWW!). Not to mention the fact that it created the fantastic/tragic ongoing inter-species love story for the ages between a Llama and a Bear (that I in no way think is over).

Theater Pub is sort of like the Island of Misfit Toys – yes, that’s another Christmas reference. We’re all so different, new people are added all the time and we don’t all even know each other, but we have this common throw-caution-to-the-wind-let’s-do-something-ambitious-and-awesome-let’s-be-inventive-fuck-the-maintsream thing goin’ on. Who knows what will happen next. We (there’s that word again) could end up anywhere. Pub on the moon? I’m all for it. Someone start that fucking Kickstarter. I look really good in a space suit. Whatever happens with the Pub, I will probably be following very close behind. Maybe in the cast, maybe as a writer, maybe just in the audience – wearing the Bear shirt, of course – cheering until I lose my voice. And I’m fine with losing my voice for that reason, especially being that San Francisco Theater Pub helped me find that voice in the first place. Hell, I wouldn’t have written any of these blogs without it. This blog wouldn’t even exist.

Whatever the reason, I found my tiny black Grinch heart growing three sizes last night as I drank my beer and watched Rob Ready deliver Stuart Bousel’s Llamalogue with all of the required intensity and feeling in the world, and saunter off into the silent night. Because, it seems, here is my community. Here are my people. Hear us RRROOOOAAAARRRRR…into our beers.

But seriously, if those kids don’t get off my lawn, I am just going to lose it.

See Allison get chatty and brassy in The Age of Beauty at The Exit Studio opening tomorrow! Find out more at http://www.theexit.org/age/.