Nicky Weinbach continues to chronicle the journey of his new musical, Made in China, which is currently playing at Bindlestiff Studios.

Hey readers. I don’t really have to much to say this time around. I gave you my last entry on the day Made in China opened. We’re now two weeks into the run, and I feel great about how the production has been going so far. Our opening night was sold out, and we’ve been selling all of our other shows pretty well. The audiences definitely seem to be positively responding to the show, and most agree that the music to the play is beautiful. That’s really what my primary goal was – for people to like the music – and it seems like I’ve achieved that. 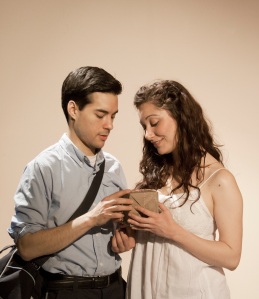 I’ve changed little bits of the play here and there from opening night until now. I guess it’s cool to have that kind of freedom as the playwright. You can keep improving upon the show even during its run. We’ve received some pretty awesome critic reviews in the process, too. I’ve noticed certain parts of the musical that I’d like to edit for future productions, but I won’t change too much this time around so as not to throw off any of the actors or orchestra members. I just want to keep making this thing bigger and better. When you’ve put so much work into something for so long, you don’t want to simply part ways with it after just one run. It’s a special kind of work. It’s not just a play. It’s a musical with a six-piece orchestra. It took me a lot of time to write out all the music for six different instruments and six different singers. I guess you can say that this isn’t an ordinary first show. It’s something that I hope will live on and get the bigger productions it deserves. I know that may seem a little conceited, but I know it’s a good piece of theater. I also know there are ways to improve it.

Overall, I’m happy with the way the show turned out. All the stresses and anxiety that I’ve incurred during the pre-production and rehearsal processes weren’t necessary. They were inevitable, and, sure, I certainly encountered a lot of huge road blocks along the way. But, you always gotta think in the back of your brain that things always have a way of working out. It’s never going to be exactly the way you envisioned it from the get go, but you’ll most likely be satisfied with the product in the end. The key is to remain motivated no matter how hard things can get. Never let cynicism conquer your drive. I hope I’m not sounding too preachy, but there were times in the months leading up to Made in China’s debut when I felt like I should have maybe given up. I felt depressed, and I felt like some higher power didn’t want me putting on this show. Those thoughts were futile. Just let your motivation help you out, and you’ll always get to where you need to be if you try.

I suppose I did have a lot to say after all. Please do come to see the show if you haven’t already. We have two more weekends left in the run, and tickets are on sale now at madeinchinamusical.wordpress.com/tickets. I’m sure you’ll have a great time, and, I can almost guarantee you’ll enjoy the music if nothing else. 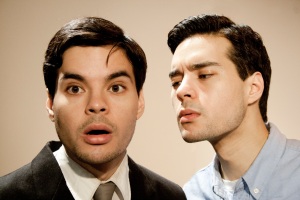 I think this may be my last entry for this current Made in China guest blog. There is a possibility that I’ll provide you with one more after we close…actually, I will do that. Why not? Until then, I’ll leave you with a few press photos for the show (which can be viewed throughout this article) that I think are quite neat.